Driver points middle finger, makes dangerous swerve after getting honked at for not signalling 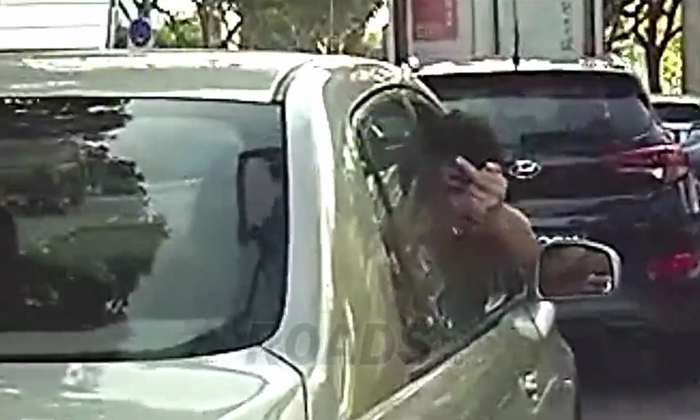 A driver tried to cut into another lane without signalling -- but had the cheek to turn aggressive after getting honked at.

The incident occurred along Sims Avenue on Feb 9.

Stomper Lee alerted Stomp to a video of the incident that was posted on ROADS.sg.

It shows how the driver, with licence plate SKV 7411E, made rude hand gestures and flashed his middle finger at the motorist behind him.

The driver then made a dangerous swerve into the motorist's lane, scratching the latter's left rim even though a collision was avoided.

Calling the driver's actions "totally unprovoked and extremely reckless and dangerous", the motorist added that he had made a police report.

ROADS.sg's admin also wrote in the video caption: "A simple courtesy gesture of winding down window and sticking your hand out to ask to cut in and waving 'thank you' would have sufficed, instead of this."