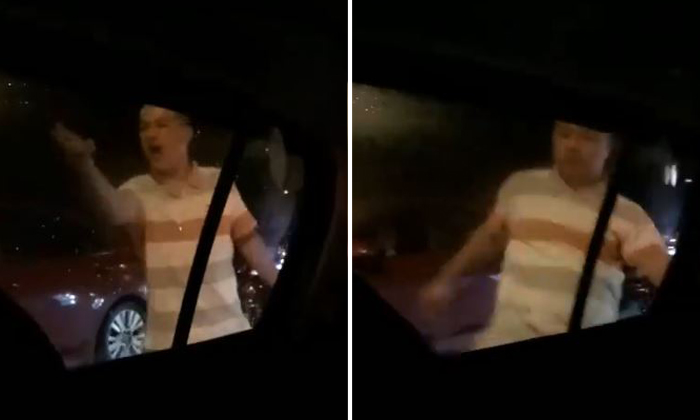 Vulgarities were hurled in a heated argument between a female driver and another male driver.

The heated exchange was recorded on camera and posted to the Singapore Uncensored Facebook page yesterday (Dec 19).

According to Singapore Uncensored, the dispute stemmed from the female driver who had cut into the male driver's lane, resulting in both cars coming into contact with each other.

At the start of the video, the man standing outside the woman's vehicle is seen gesturing, as if to beckon her to come out of her car.

He then kicked the woman's car to which the woman exclaimed, "Hello!"

The male driver then swore in Hokkien and kicked her car again.

He then said in a mixture of Chinese and Hokkien, "You knock into my car and yet can still be so hao lian (arrogant)"

She replied angrily, "I never hit your car. You hit me first."

They then continued raising their voices and shouting at each other. The female driver also scolded the other driver using Hokkien expletives twice.

In total, the man had kicked the woman's car three times in the video.