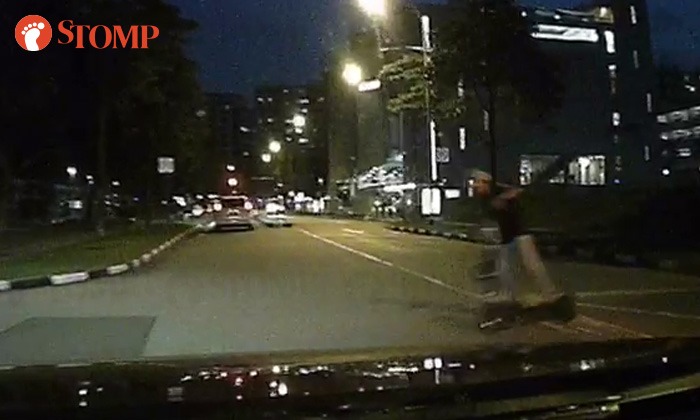 An e-scooter user dashed across a road in front of Stomper Chin's car as he was driving along Woodlands Drive 16 on Oct 15 at about 7.20pm.

He sent us a video of the incident, recorded on his in-car camera.

In the video, Chin was seen making a right turn when an e-scooter rider suddenly sped past in front of his car from the right side of the road, causing him to jam on his brakes.

Chin almost collided into the rider, had he not braked in time.

"This guy is not concerned for other road users," said Chin.

According to Chin, he had seen a Land Transport Authority (LTA) officer standing at the pedestrian crossing of a junction nearby, shortly before he turned into the road.

"Could it be that this guy was trying to run away from the LTA officer?" he added.