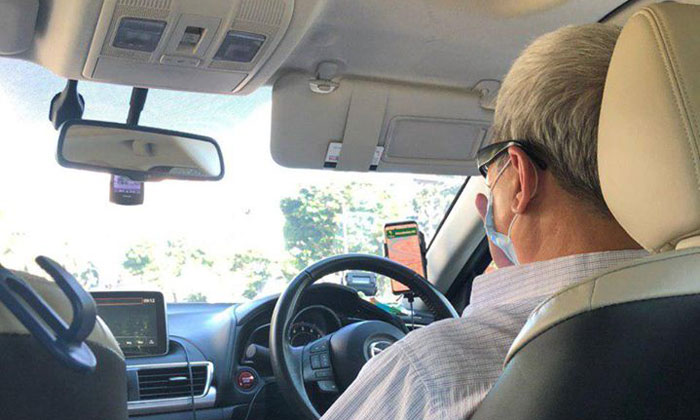 It is important to keep your eyes and ears open as you never know the invaluable lessons you may learn in the most unlikely of places.

Facebook user Christelle Lim shared the "lifetime of lessons" she received during a 20-minute ride with a private hire driver.

The first and most important lesson he taught her was: "Xiao mei, you must cherish life when you're still young."

Christelle recounted the driver's life story in her post.

He told her of his time as a regular in the army.

"Life was great because he had no commitments, yet," she wrote.

"He loved to drink so he patronized coffee shops regularly to have beer pints with his colleagues.

"He spent most of his time and money on his friends and saved very little.

"Soon after, he met the love of his life.

"He lived together with his wife and 2 children.

"Over the years, he and his wife were not on talking terms and didn't see eye-to-eye on many things.

"He spent most of his time with his friends.

"And they lived together but slept separately."

After retiring from the army eight years ago, the man started driving for Uber before becoming a Grab and Gojek driver.

One day as he was driving, he received a phone call from his son telling him his wife had met with a fatal accident.

He dropped off his passenger and rushed to the hospital but he was too late.

"He told me, for every day he was home, he saw his wife but could never hold a proper conversation without losing his temper.

"Despite sleeping in different rooms, his wife would leave him a cup of black kopi on the table before she leaves to play mahjong with her friends.

"When he comes back from driving, there will be a packet of cai png on the table.

"Now, he doesn't have a cup of kopi to look forward to anymore, the sound of the house keys rustling as she comes home or the mindless arguments they have every now and then.

"He walks to the nearest coffee shop to get his own cai png.

"The day his wife was cremated, he stepped into his house door, opened the door to the room where she slept and laid on the bed.

"He rolled over and reached for her.

"She wasn't there, and never would be again."

The driver took the opportunity to share with Christelle what is truly important in life after going through such tragedy: "Xiao mei, Uncle just wants to tell you that life is short.

"Cherish your life because you will never know when you're going to leave this earth.

"Cherish the people around you and say 'sorry' and 'I love you' when you still can do so. Cherish your husband, don't think that guys got no feelings."

Christelle shared the uncle's story touched her heart and thanked him in her post for teaching her lessons she will remember for the rest of her life.