Man arrested for drink driving, 4 taken to hospital after 3-car accident along PIE 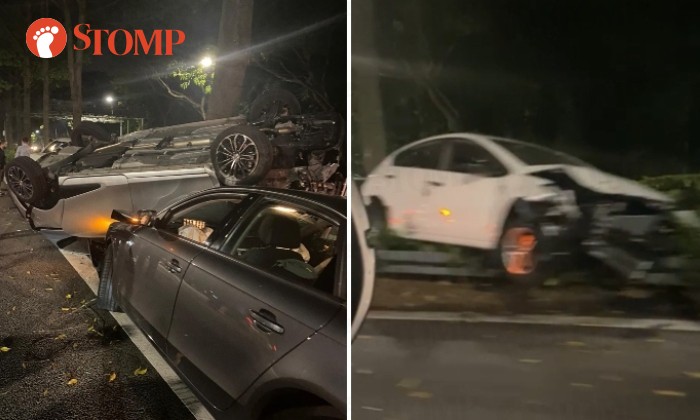 Two female drivers, aged 36 and 68, a 29-year-old male driver and a 40-year-old female passenger were taken to hospital after an accident involving three cars along the Pan Island Expressway (PIE) on Friday (Dec 11).

The 29-year-old male driver was subsequently arrested for drink driving.

In response to a Stomp query, the police said they were alerted to the accident along the PIE towards Tuas, before Adam Road exit at 10.05pm.

The two female drivers, the male driver and the female passenger were conscious when conveyed to Tan Tock Seng Hospital.

Stomper Rohaizat shared a circulated video of the aftermath of the accident, which shows a silver car overturned on top of another car.

A white car can also be seen on top of the road divider with its bonnet completely smashed.

About 11 people are also spotted at the accident scene.