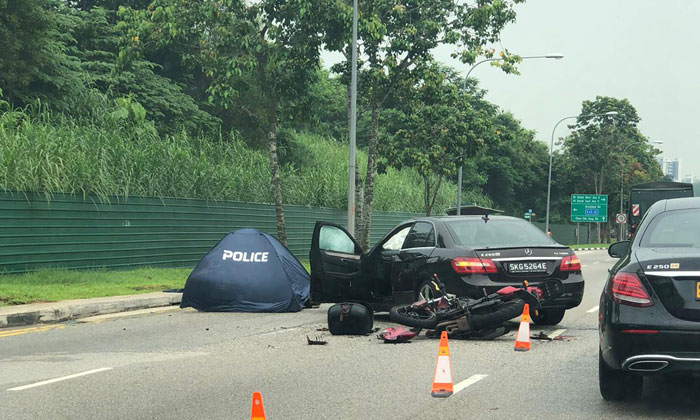 A 25-year-old motorcyclist was killed after an accident with a Mercedes-Benz car along Bukit Batok Road towards Choa Chu Kang Road on Tuesday morning (Nov 5).

Stomp Alim alerted Stomp to a photo circulating online showing the aftermath of the accident.

In the photo, a blue police death tent is on the road next to a black Mercedes-Benz car. A damaged motorcycle is lying on the road behind the car.

In response to a Stomp query, the police said they were alerted to the accident at about 10.51am.

"The motorcyclist, a 25-year-old man, was pronounced dead at the scene by paramedics," a police spokesman said.

"The driver, a 57-year-old man was subsequently arrested for careless driving causing death."