Driver and pedestrian taken to hospital after accident along Bendemeer Road 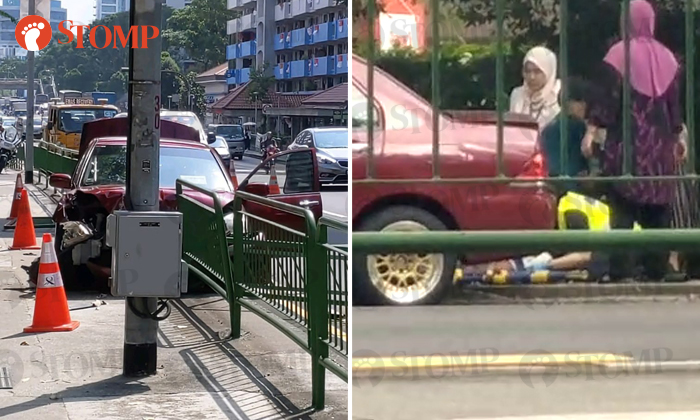 A car driver and a pedestrian were taken to hospital after an accident along Bendemeer Road on Tuesday morning (Aug 20).

The police said in response to Stomp queries that they were alerted to the accident involving a car and a pedestrian at 8.40am.

The pedestrian, a 41-year-old woman, and the driver, a 28-year-old man, were conscious when taken to Tan Tock Seng Hospital.

Two Stompers submitted videos and photos showing a red car at the accident scene, which they said was near Bendemeer Primary School.

The car had mounted the kerb and toppled over some railings.

In the videos, the pedestrian can be seen lying on a stretcher on the pavement while paramedics attended to her and a crowd looked on.