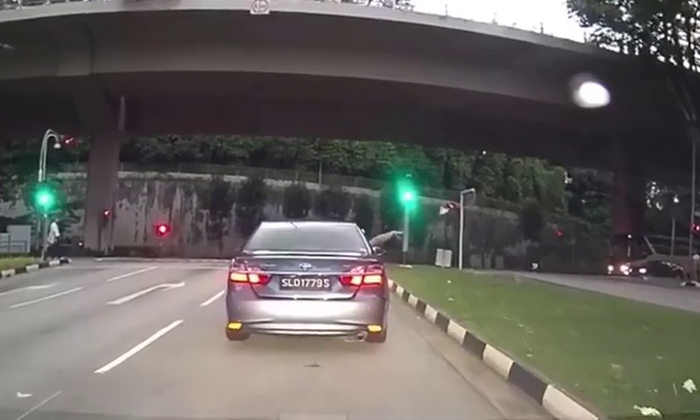 A driver and his passengers were caught on video tossing rubbish out of his car five times in Telok Blangah.

A Stomper contributed a link to the video that was published on Facebook page SG Road Vigilante.

According to the video's timestamp, the incident occurred at about 7.06pm on Sunday (Jan 26).

At the start of the video, the car is stopped at a traffic light along Henderson Road and this is when two pieces of litter are seen being tossed out of the car.

As the car moves off, another piece of litter is thrown out.

The car makes a right turn and as it goes past an MRT station, a passenger sticks his hand out from the left side of the car and flings another piece of litter.

Don't blink because immediately after that, another piece of litter is flung out of the car.

The last instance occurs when the car drives past a bus stop.

Stomp has had several reports of drivers caught tossing rubbish out of their vehicles.

In August, Stomp reported on a man who was caught on camera throwing a soiled diaper from his vehicle onto another car at Tampines Mall.

The National Environment Agency (NEA) said in September that it will be taking enforcement action against the man for a littering offence.

Related Stories
Driver dumps 2 cigarette butts within 20 minutes along KPE
Queenstown resident greeted by rubbish outside her flat: 'What an eyesore!'
Driver throws litter out of car and spits onto road at Serangoon
More About:
litter
litterbug
Telok Blangah Road