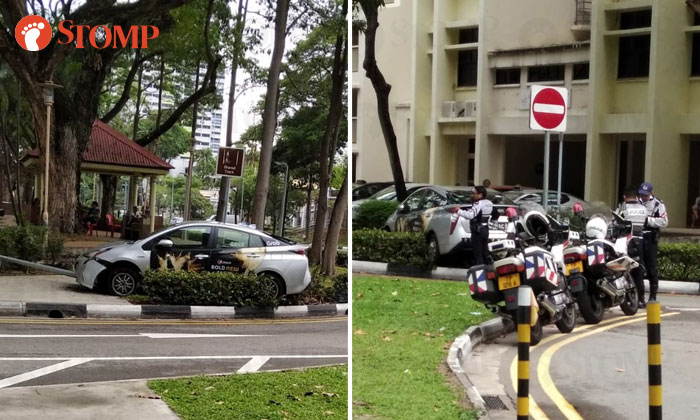 Two men, aged 44 and 52, were arrested for suspected drug-related offences after the car one of them was driving crashed into a lamp post at the junction of Bedok North Street 3 and Bedok North Avenue 2 on Friday afternoon (Nov 1).

Stomper A alerted Stomp to the incident and shared photos he took at about 3.15pm.

In the photos, the car, which has Grab stickers on it, appears to have mounted the kerb before striking the lamp post.

Traffic Police officers are at the scene.

In response to a Stomp query, the police said they were alerted to the accident at about 1.20pm.

"The driver, a 44-year-old man, was subsequently arrested for traffic-related and suspected drug-related offences," a police spokesman said.

"The passenger, a 52-year-old man, was arrested for suspected drug-related offences."