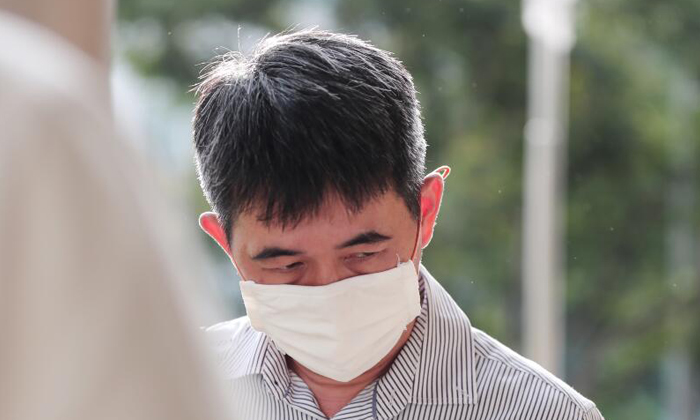 The man who booked a Grab ride for his intoxicated friend told the court yesterday that he had offered to take her home but she refused.

The woman was later allegedly sexually assaulted by the Grab driver in the early hours of May 19, 2018.

The driver, Tan Yew Sin, 46, who is no longer with Grab, is contesting one charge each of sexual assault, attempted rape, and molest.

He is represented by lawyers Chenthil Kumarasingam and Adeline Goh from Withers KhattarWong.

The friend, 22, took the stand yesterday and said the woman, then 19, had insisted that she could go home alone.

He cannot be named, to protect the identity of the woman.

The man told the court he met her in 2014 when they both worked part-time at a smoothie shop.

In the evening of May 18, 2018, she joined the man and his then-girlfriend at a bar in Seletar Aerospace Park.

She arrived at about 10.30pm, and drank about four pints of beer.

He said she appeared to be sober initially, but later went to the toilet a few times because she wanted to vomit.

He added that she held onto his arm as she was having difficulty walking. She also said she was dizzy.

When she was in the toilet, the man said he booked a Grab car for her.

But he had to cancel the ride because she was still in the toilet and the driver was unwilling to wait.

He then booked a second Grab ride, and asked her if she needed him to take her home.

When Tan arrived, the man told him that the victim was "a bit drunk".

He testified that he knew she was having trouble walking, but did not feel she was close to the point of blacking out.

The man said he then handed Tan $20 in cash and also gave the victim a plastic bag. He asked his friend to text him when she reached home.

The man, who watched the in-car camera footage that was played in court, said he did not notice it at the time, but it looked like "she was pretty damn drunk".

After Tan drove off with the woman, the man said he left with his girlfriend in another Grab car and went back to her place, at about 3am.

He tried to call the victim a few times, but she did not pick up.

When asked by Deputy Public Prosecutor Muhamad Imaduddien why he did not take the victim home, the man said that apart from the victim's insistence, his then-girlfriend was tired and wanted to go home, which was in the opposite direction from where the victim lived.

He woke up to find missed calls the next morning and was told to go to a police station.