Driver, 59, arrested for drink driving after accident with motorcyclist along Tampines Avenue 7 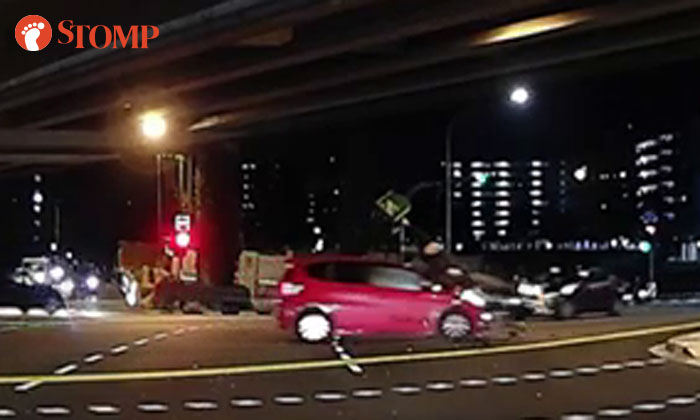 A 59-year-old man has been arrested for drink driving after his car was involved in an accident with a motorcycle along Tampines Avenue 7 towards Loyang Avenue on Monday night (Feb 1).

The 31-year-old motorcyclist was taken to hospital.

Stomper Freddy alerted Stomp to the incident and shared a video of the collision.

In the video, a red car is seen crashing into an oncoming motorcycle head-on.

The impact sends the rider flying before he lands on the road.

In response to a Stomp query, the police said they were alerted to the accident at 8.25pm.

"The 31-year-old male motorcyclist was conscious when conveyed to Changi General Hospital," a police spokesman said.

"The 59-year-old male driver was subsequently arrested for suspected drink-driving."