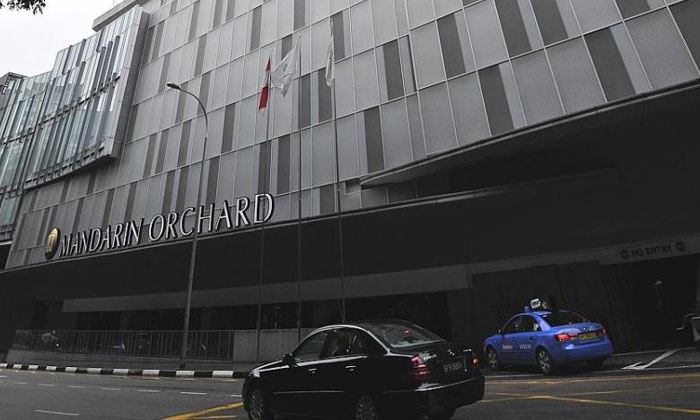 Dozens of people are understood to have fallen ill after attending a wedding lunch banquet at the Grand Ballroom of Mandarin Orchard Singapore on Sunday.

Mr Jeffrey Sivalingam, 61, the father of the bride, told The New Paper yesterday an eight-course meal had been catered for more than 400 guests.

After contacting them yesterday, the retiree said many of them had told him about falling ill after the banquet.

"About four people from each table fell ill as well as some entire tables," he said.

"I didn't expect this and now I don't know how to face my friends and relatives."

Mr Sivalingam said he was warded at Tan Tock Seng Hospital with his son after they developed fever, and that at least three youngsters, including his 16-year-old niece, were also warded.

A wedding guest, Mr Matthew Tjow, 40, said he and his three children started vomiting and having diarrhoea on Monday.

The counsellor added: "My daughter, who is in Primary 1, vomited from the hall to the toilet. She has kept vomiting and is looking as frail as a rag doll."

He said the other two, aged 12 and 10, also vomited and had diarrhoea and fever. His wife also started showing symptoms last night.

A spokesman for Mandarin Orchard Singapore told TNP last night that it was looking into the matter and assisting the health authorities.

"We are now looking into reported cases of food poisoning among banquet guests of the hotel so that we can render every possible support and assistance," she said.

"We are also fully cooperating with the National Environment Agency, the Ministry of Health, the Public Utilities Board, and the Agri-food and Veterinary Authority of Singapore who immediately conducted a joint inspection of our premises and have taken food and environmental samples for testing."

The spokesman said staff who handled food during the banquet events have been "temporarily relieved of duties" until they complete all necessary medical tests and are cleared by the relevant authorities.

The hotel will also cease serving raw food from its banquet kitchens during the investigation.

Mr Sivalingam hopes to warn the public about such incidents.

"I want to make sure everybody who attended is okay, and if they are sick, to seek medical attention immediately."

In the first on Nov 6, 81 people fell sick after eating food catered by Spize for a Deepavali celebration. A Sats officer, Mr Fadli Salleh, 38, died in hospital about a week later.

Dr Chia Shi-Lu, chairman of the Government Parliamentary Committee for Health, told TNP yesterday that the health authorities need to find out the cause of the sudden spike in such incidents.

"We really need to get to the bottom of this," he said. "Food poisoning is relatively uncommon in Singapore, so it is worrying and also a bit surprising."

Dr Chia said recommendations for changes to address the problem can be made only after the problem is identified.

"Once we know the reason, we will let everyone know what it is, so we can address it."

TNP has contacted the health authorities for comment on the Mandarin Orchard incident.