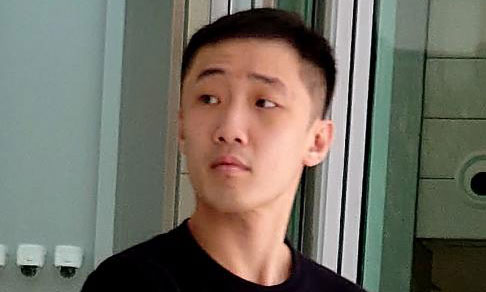 The ringleader of a fatal gang clash at Downtown East in 2010 has found himself behind bars again after committing several new crimes including cheating, drug-related and traffic offences, and possessing dangerous weapons.

On Friday (March 18), Stilwell Ong Keat Pin, now 30, was sentenced to a jail term of two years, two months and four weeks; six strokes of the cane; and an $8,200 fine for a series of offences he committed less than a year after his release in December 2018.

He was also disqualified from holding or obtaining all driving licences for a year after his release.

For the Downtown East gang incident, Ong was in 2012 sentenced to 12 years' jail and 12 strokes of the cane for culpable homicide that led to the death of polytechnic student Darren Ng Wei Jie. Ong had admitted then to starting the fight and slashing Mr Ng with a chopper.

On Friday, Ong appeared before a district court with a shaved head via video link from where he is being held in remand.

He was convicted of 19 charges for offences that took place between October 2019 and March last year. They include cheating car rentals into renting him cars, driving cars without insurance, careless driving, possessing dangerous weapons, and consuming drugs. A total of 27 other charges were taken into account for his sentencing.

Ong was caught on March 30 last year with a 50cm machete, a 52cm short sword and a black knuckleduster in his possession during a drug raid.

Deputy Public Prosecutor Emily Koh argued for the "pressing need for specific deterrence" with regard to his possession of offensive weapons, in light of his previous culpable homicide conviction.

Ong was also found to have consumed methamphetamine on Aug 3, 2020, and synthetic cannabinoid on March 30 last year.

Relating to his traffic offences, the court heard that Ong cheated car rental companies into renting him cars by impersonating others in his applications.

He then drove the cars on several occasions without being insured and without a provisional plate when he had only a provisional driving licence.

Ong crashed the cars on multiple occasions, resulting in property damage and minor injuries, and failed to stop or call the police within 24 hours.

Ong's lawyer, Mr Mark Yeo of Kalco Law, argued that these were "a series of minor traffic offences (with) no serious injuries" since there were no fractures and the number of days of medical leave the victims required was low.

However, District Judge Chay Yuen Fatt disagreed with this characterisation, noting that Ong rented the cars by cheating and crashed them on multiple occasions causing injury and damage to public property.

Ong was unable to pay the fine and will serve an additional 41 days behind bars.