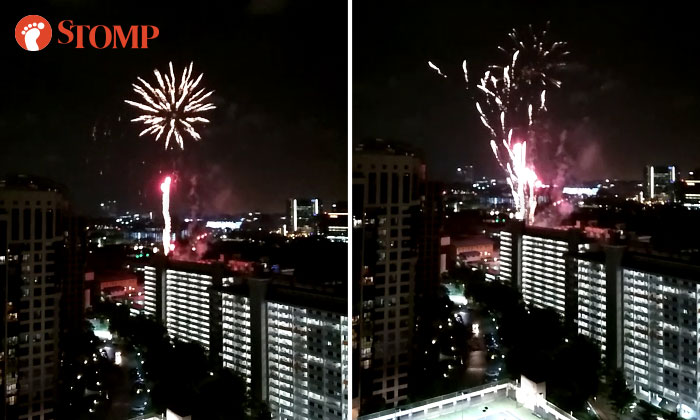 Dover residents were treated to a grand fireworks display on Saturday evening (Dec 7).

However, there were some who were startled by the event that took place at about 8.40pm.

Stomper Shaun shared with Stomp videos of the fireworks he took from his home.

He said: "Someone set off some National Day-scale fireworks at a sleepy corner of Singapore: Dover Road.

"It lasted at least five minutes.

"The videos were recorded from my room at over 20 storeys high (my block has 40 storeys).

"You can see from the video that the fireworks went to much greater heights.

"As there were screechers from the fireworks that can fly a distance, it must have been scary for those staying that block."

Stomper Goh also alerted Stomp to a Facebook video of the fireworks taken from a different location.

Stomp understands the fireworks were discharged by Dover Community Centre for an event.

The organisers had a permit to do so.