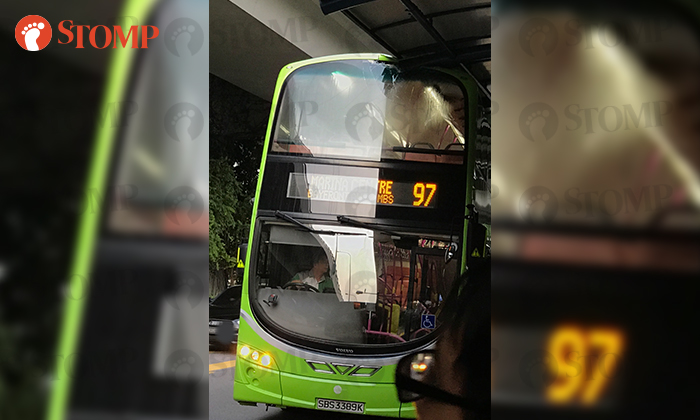 A Tower Transit double-decker bus crashed into the roof of a shelter at a pickup point along Telok Blangah Road, opposite VivoCity today (July 31) at around 7.20am.

Stomper Busybody who was waiting for a shuttle bus at the pickup point, witnessed the accident.

According to Busybody, the service 97 bus seemed to be damaged after the collision.

In the photo which he sent to Stomp, the windscreen of the bus on the upper deck appeared to have cracked from the impact of the collision, and the top of the bus was visibly dented.

In response to Stomp’s media queries, a spokesman for the Singapore Police Force (SPF) said:

“On July 31, 8.38am, the police were alerted to an accident involving a bus long Telok Blangah Road towards the city.

“No injuries were reported.

Stomp has also contacted Tower Transit for a formal statement on the incident.