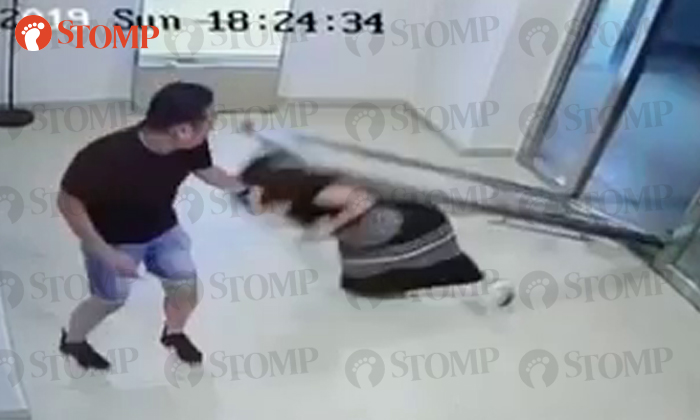 The victim's family has revealed more details about her condition.

The mall's management also clarified that the video leak is a breach of security protocol.

A woman was taken to hospital after a door fell on her at the carpark lift lobby of Alexandra Central Mall on Sunday evening (Feb 24).

Several Stompers alerted Stomp to a video of the incident, which occurred on the fourth floor of the building at around 6.24pm.

In the video, a man is seen entering the lift lobby through its doors. A woman then follows behind.

As the pair wait for the lift, a door at the lobby entrance swings shut and comes into contact with an adjacent door.

This causes the adjacent door to suddenly fall on the woman, who collapses onto the floor.

Another man can be seen rushing into the lift lobby and helping the woman's male companion to lift the door off her.

In response to a Stomp query, the Singapore Civil Defence Force (SCDF) said it received a call for medical assistance at 321 Alexandra Road at around 6.30pm and conveyed one person to National University Hospital.

When Stomp visited Alexandra Central Mall on Tuesday (Feb 26) at around 5.40pm, the affected door had been removed. 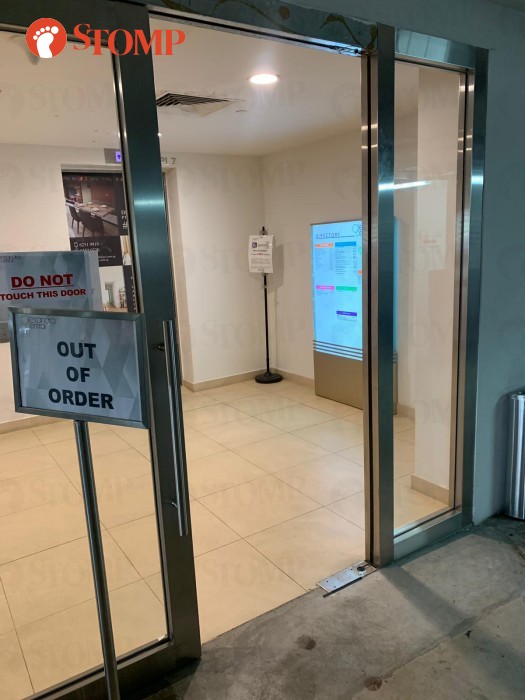 Warning signs had also been put up.

"The management of Alexandra Central expressed regret on this unfortunate incident and is looking into this matter seriously.

"However, we are unable to reveal any details concerning this case as it is currently under police investigation."

The management has made direct contact with the parties involved in the incident and will render any assistance required, said the spokesman.

He told Stomp: "In addition, the management has also engaged a contractor to conduct thorough checks on all the glass doors and take the necessary safety measures."

The Building and Construction Authority (BCA) said it is looking into the incident.