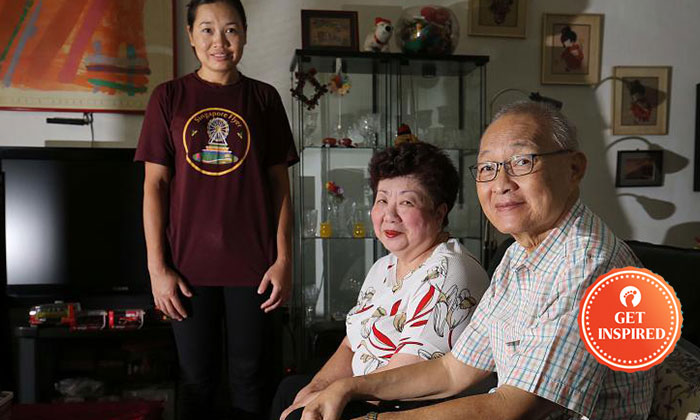 For the past four years, Mr Cai, 67, and his wife, Ms Chen, have allowed their domestic helper to take a two-month-long leave each year to return to Myanmar for her university studies.

Not only that, the kind couple also bore the travel and accommodation costs incurred during her trip.

Maw Kloo Htoo, 33, has served the Mr Cai and his wife for about 10 years, reports Shin Min Daily News.

The pair and their maid share an extraordinary relationship.

When they found out that Ms Maw wanted to attend university, they not only allowed her to take a leave of absence for two months each year but also loaned her money to return home for her classes.

During Ms Maw's absence, the couple would hire a temporary helper.

“It’s quite hard to find a temporary maid during Maw’s absence.

“There are few people who are willing to work for only two months.“

Other than lending her money for her studies, Ms Chen revealed that she and her husband also loaned Ms Maw’s parents money to purchase machinery for their farm.

“In no time, she managed to pay back the sum.”

Ms Maw obtained a degree in economics last year and had her convocation ceremony in Yangon earlier this year.

To allow her parents the chance to see their daughter complete her university studies, Mr Cai and Ms Chen forked out $1,500 from their own pockets to sponsor the travel and lodging expenses for Ms Maw and her family.

Asked how she felt about her employers, Ms Maw said:

“I feel very happy and fortunate to be able to come to Singapore and serve Mr Cai and Ms Chen.

“I have extended my contract for another two years, and won’t be returning to Myanmar in the near future.

“I have three brothers who never got to attend university.

“I wanted to make my parents proud, that’s why I attended classes.

“I wake up at 6am and study until 1am to 2am every day to complete my studies.”