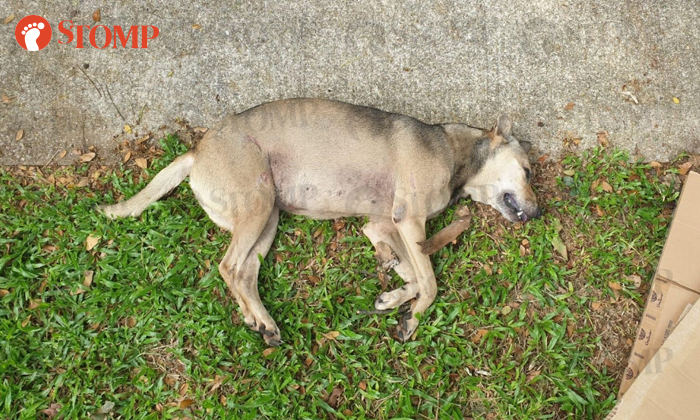 Police are looking into an alleged hit-and-run accident along Commonwealth Avenue West that left a woman's dog dead.

Stomper Michael, a friend of the dog's owner, said a passer-by had found Skinny found injured by the roadside on May 12.

Michael told Stomp: "We believe Skinny was hit by a vehicle. The driver simply left her there to die and drove off.

"The passer-by brought Skinny to a veterinarian clinic but she still succumbed to her injuries.

"The police responded to the accident on-site and a subsequent police report was made."

According to Michael, his friend had earlier posted on Facebook to appeal for Skinny's return after she went missing from home.

Michael added: "However remote the chance may be, we hope that members of public can provide some clues regarding what happened or that there are in-car cameras that captured footage of the accident."

In response to a Stomp query, the police confirmed that a report was lodged and are looking into the matter.

Related Stories
Dog chained to wall in owner's garden missing: Animal welfare group appealing for info
Dog rescued from road divider on ECP is now 'safe and back in shelter'
Motorist drives off after hitting dog and sending it flying, police report made
More About:
hit-and-run
dog
death
dead
animals
appeal for witnesses