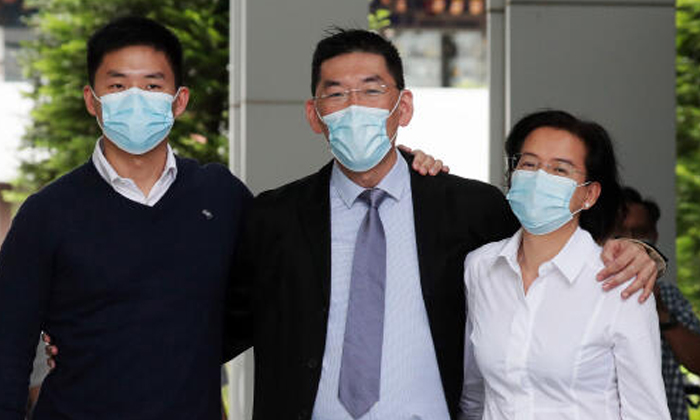 An anaesthesiologist who had four molestation charges against him withdrawn on Monday (Aug 16) said he will seek legal counsel regarding taking action against his accuser.

The woman, who cannot be named due to a gag order, had accused Dr Yeo Sow Nam of outraging her modesty on Oct 9, 2017.

District Judge Ng Peng Hong gave Dr Yeo a discharge amounting to an acquittal on Monday, after the woman earlier admitted that she had lied in court during the trial which started in March.

In an e-mail interview with The Straits Times, the 52-year-old Singaporean doctor said: "I believe that we have a good system that will dispense justice by protecting the true victim. As for the false accuser, we will have to leave it to the relevant authorities."

Dr Yeo told ST that the past four years were "very painful and disruptive" for him and his loved ones.

He said he is very relieved that his ordeal is finally over, adding: "I was initially shocked that this could happen to me even though I had done nothing wrong. However, I was absolutely confident that the truth would prevail and that I would be exonerated.

"Nonetheless, it was a very harsh and distressing experience for me to be falsely accused of serious sexual misconduct when I have always upheld the highest professional standards of medical practice and care for my patients.

"The cost and burden on me, my family and friends was immense. A public hospital even discontinued my visiting consultant position shortly after I was charged."

Dr Yeo also said that he was "disturbed" by a few issues. For instance, he could not believe that the incident could happen to someone "who had done nothing wrong".

He told ST: "I'm concerned that the perpetrator of the lies and false accusations against me remains free and unpunished. She remains a threat to the medical profession, our patients and society. She is also protected by a gag order."

He added: "Many of my colleagues and friends in the medical community share these grave concerns."

The doctor told ST that while he is grateful that the judicial process managed to expose the woman's "deceit", he wondered how such false accusations could be identified much earlier during the investigative process.

"This would have saved me and my family much pain and suffering. I sincerely hope that the relevant bodies and authorities can look into these questions," said Dr Yeo.