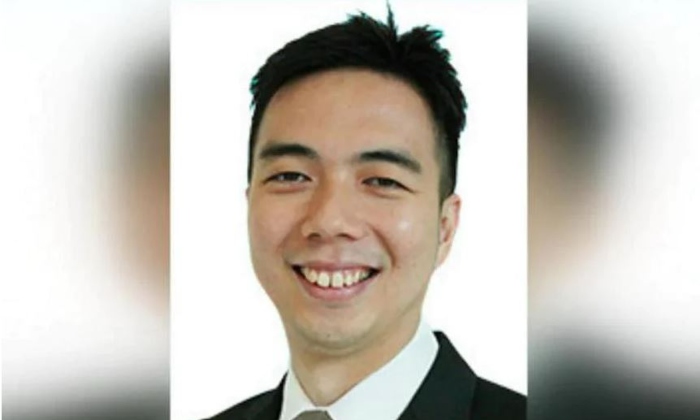 A doctor failed to keep a proper lookout while driving a car on Oct 8, 2019, and did not give way to another vehicle that had the right of way at a traffic junction.

Ernest Fu Weizhong also did not stop at a white line before making a discretionary right turn.

This led to a crash between his vehicle and a car driven by Mr Soon Jin Joke, which had been going at speeds of up to 76kmh before braking. The speed limit on that stretch of road is 60kmh.

Mr Soon's mother, Madam Heng Fong Boey, 96, who was not wearing a seat belt while in the back of his car, suffered serious injuries, including bleeding in the skull, following the accident and died four days later.

Fu, now 39, was on Monday (June 13) sentenced to a week's jail after he pleaded guilty to causing grievous hurt by driving in a negligent manner.

He was disqualified from holding or obtaining all classes of driving licences for two years from his date of release.

Court documents did not disclose if the authorities had taken any action against Mr Soon.

An online search of registered healthcare professionals in Singapore revealed that Fu is from the Department of Otorhinolaryngology - a medical speciality dealing with conditions of the ear, nose and throat - at Tan Tock Seng Hospital (TTSH).

The hospital's website states that he is a consultant there and his clinical interests include head and neck cancer.

On Monday, the court heard that Fu was driving along Tampines Avenue 12, towards Tampines Avenue 9, at around 8pm on Oct 8, 2019, when he decided to turn into Tampines Expressway (TPE).

He then came to a brief stop at a junction leading to the TPE turn-off as there were other vehicles ahead of his car.

He proceeded to make a discretionary right turn when the vehicles started to move off.

The green arrow traffic light signal that allows vehicles to turn was not on at the time, the court heard.

Meanwhile, Mr Soon's car sped across the junction after Mr Soon noted that the traffic lights were in his favour.

His car then collided head-on into the front left side of Fu's car.

Madam Heng, who was in the back seat of Mr Soon's car, was thrown forward and she became wedged in the front seat.

She was conscious when an ambulance rushed her to Changi General Hospital, where she was found to have multiple fractures and bleeding in her skull. She died on Oct 12, 2019.

Responding to queries from The Straits Times, Adjunct Associate Professor Chong Yew Lam, who is the divisional chairman of surgery at TTSH, said that Fu is still a staff  member at the hospital.

He added: "This is a very unfortunate incident. Our deepest condolences to the family for their loss. Our doctor has been with us for many years, caring for patients. We will be supporting him through this difficult time."