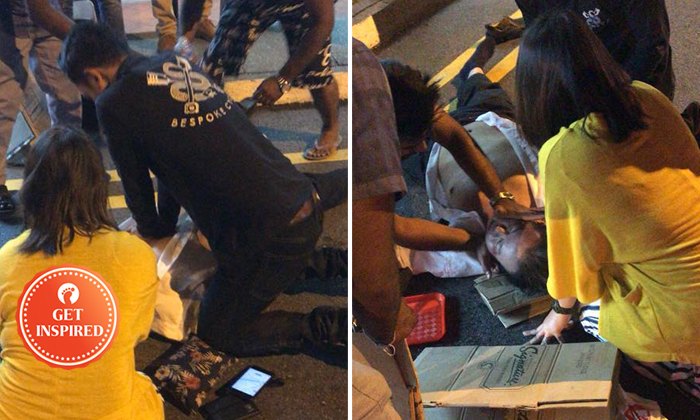 A man fainted on the road along Jalan Besar in the early hours of Wednesday (June 27), at around 1.15am.

Facebook user Aaron Chua shared photos and videos of the incident, which he said occurred opposite Sim Lim Tower.

He also commended a Malay couple who came forward to render assistance by performing cardiopulmonary resuscitation (CPR) on the victim before the authorities arrived.

"The uncle was walking along the pathway and he fainted towards the road.

"[The couple] managed to rescue the uncle to catch the next breathe till the ambulance arrived," said Aaron. 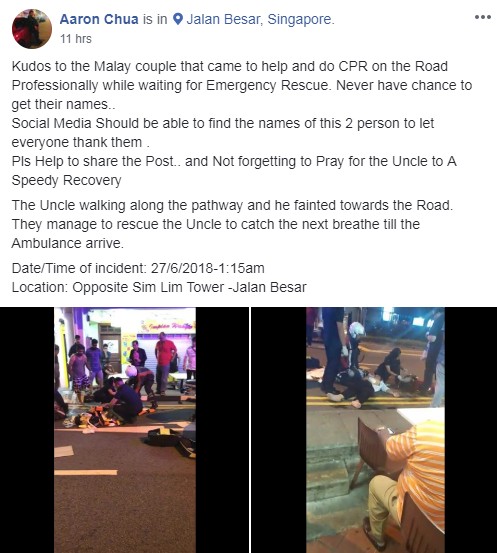 In response to a Stomp query, the Singapore Civil Defence Force (SCDF) told Stomp that it received a call for medical assistance at 29 Jalan Besar at about 1.15am.

A man was conveyed to Tan Tock Seng Hospital, which had been alerted to be on standby to receive him.

Stomp has identified the man who helped the victim and has reached out to him.

Watch videos taken by Aaron below or view more photos in the gallery.