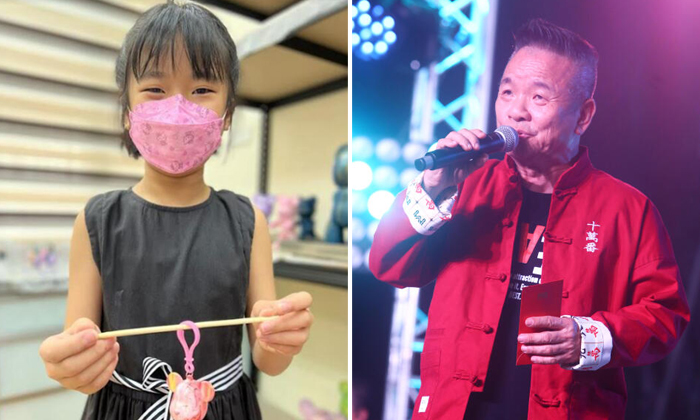 He hasn’t seen his daughter in 2½ years, and doesn’t speak to her much, but veteran local entertainer Marcus Chin hasn’t forgotten her birthday.

His daughter Elise, who lives in Johor Baru with her mother, is turning 12 this month, and Chin plans to visit them, with a present he has got from Europe.

He hasn’t been there since the Covid-19 pandemic led to border closures in 2020.

He said: "Only when I call her mum, then she'd say a few words to me."

Elise is said to have inherited Chin's musical talent, but he had not seen any clips of her performing recently.

So what has he got Elise for her birthday?

After considerable thought and preparation, he got someone to buy a backpack from France, and he would take it with him on his trip across the Causeway for the birthday celebration.

Despite being a “distant dad” as he put it, he would be more than happy to have his daughter living with him one day.

"Maybe when she is in secondary school and is more sensible. If she wants to come and live with me, of course I'll be very happy!"

But the girl might be used to living with her mother and he wouldn't want to make her feel insecure. "I won't force it, let things happen naturally," he said.

Chin’s tumultuous love life was in the news again when the Love972 radio DJ hinted at a special someone in his life at the Star Awards in April.

He thanked his "lover" in his speech after winning a Top 10 Most Popular Male Artiste award.

But when reporters asked him who he was referring to, he said: "That's a secret... I will keep my love affairs private because I'm already old."

Chin got married to Taiwanese singer Murong Ying in 1987, but they separated after his affair with Cheah in 2009. He was 56 then and Cheah was 24. Elise was born in 2010 and the couple broke up the following year.