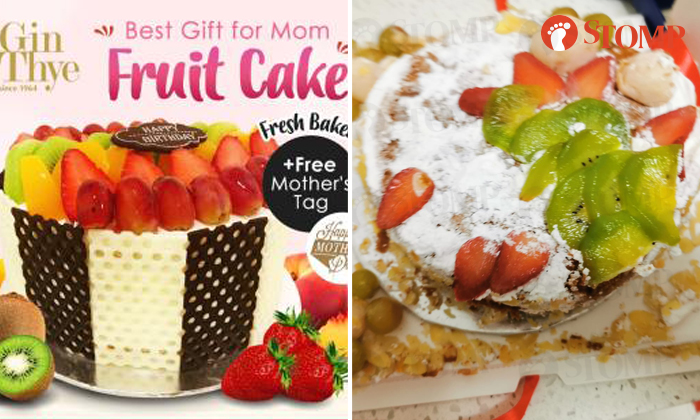 Update on May 14: Gin Thye apologises for lapses on Mother's Day, investigating cause of 'overripe' fruits on cakes

Multiple customers had their Mother's Day celebrations ruined after cakes that they ordered from a bakery either arrived late or fell short of expectations in terms of taste and appearance.

They were further frustrated by the lack of replies from confectionery shop Gin Thye, despite numerous complaints on its Facebook page over the weekend.

Stomper Roland said he had ordered a Mother's Day fruit cake from Gin Thye's online store on Shopee two days in advance (May 8). 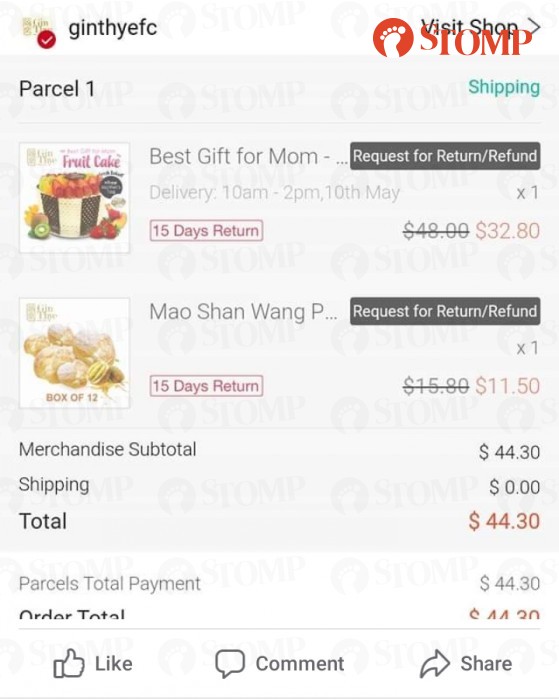 Roland said: "Delivery was scheduled to be between 10am to 2pm, but no cake was delivered.

"We agreed and my whole family waited till 9.30pm but still, no cake was sent.

"The cake arrived at 10.30pm and went straight into the trash bin when we saw how it looked.

"Thank you, Gin Thye, for making this happen on such a special day."

Roland also shared a photo showing how his fruit cake looked nothing like advertised. 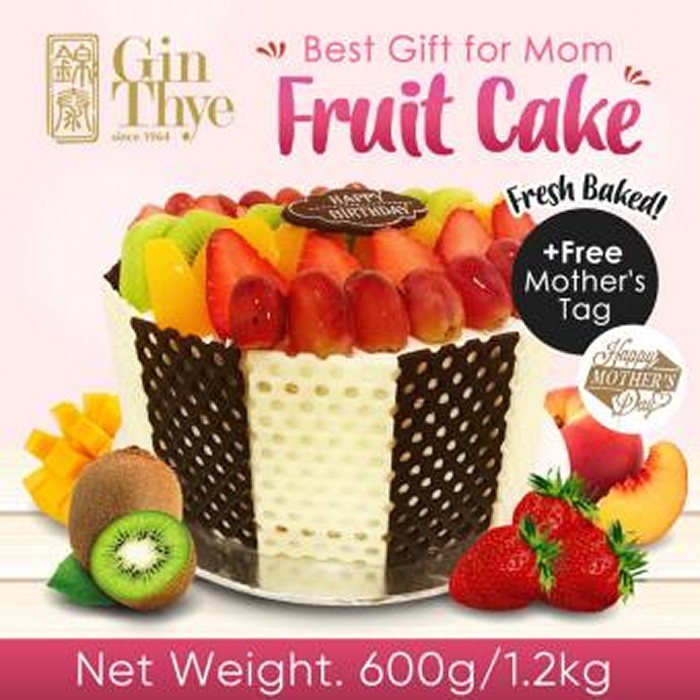 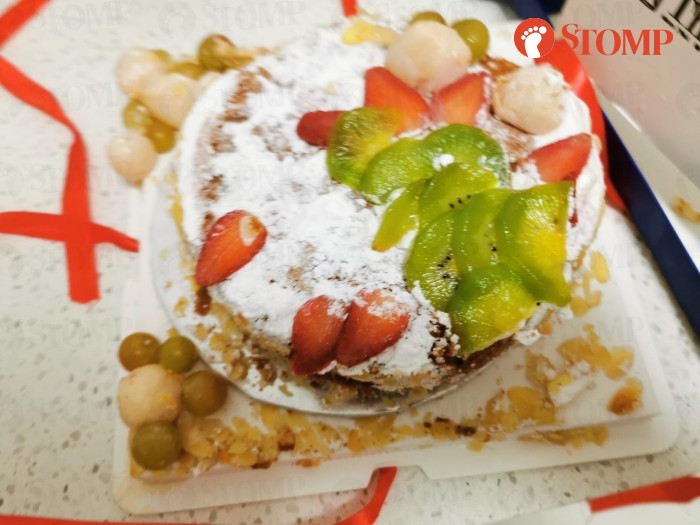 The Stomper had also posted a review on Gin Thye's Facebook page before his cake arrived.

"Father's Day then you sending is it?" he wrote.

Roland later updated his Facebook review, informing that the cake arrived at 10.30pm and "went straight into the trash bin". 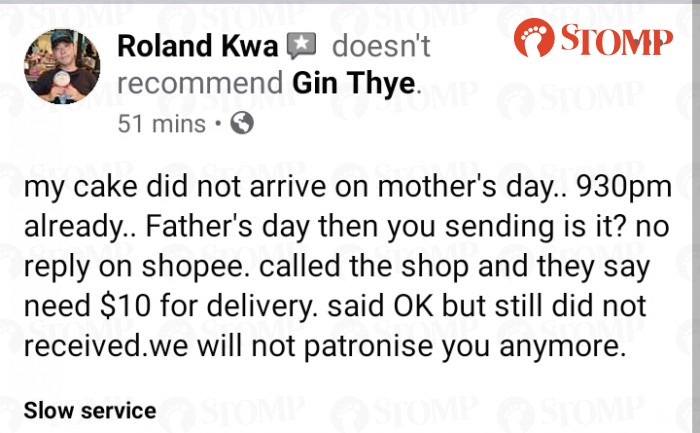 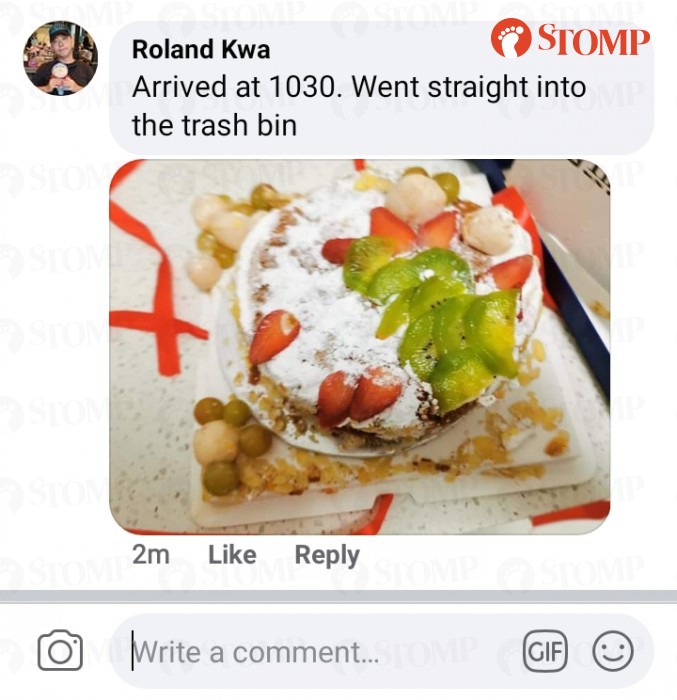 Roland is not the only customer whose Mother's Day celebration was marred due to a disappointing cake, however.

A search online shows that Gin Thye received an influx of negative reviews on its Facebook page over the weekend, but does not appear to have responded to any of them.

Several other customers can be seen sharing photos of how their cakes similarly failed to meet expectations. 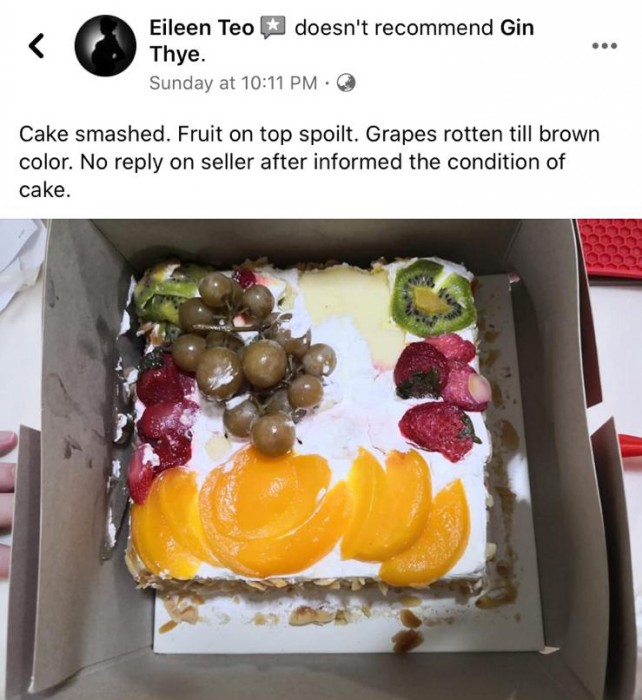 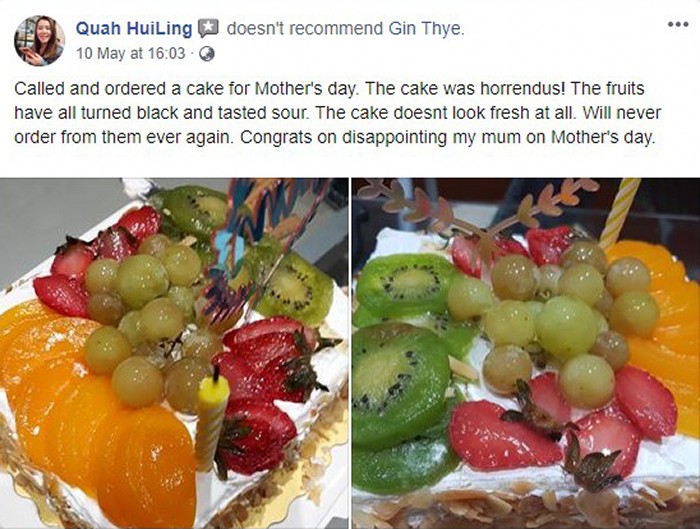 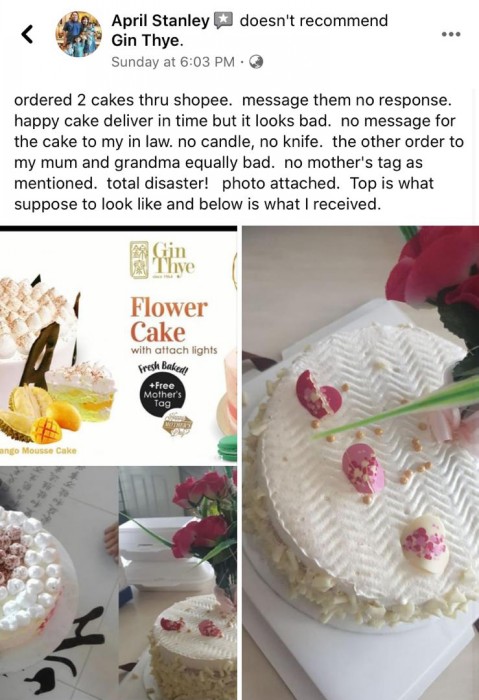 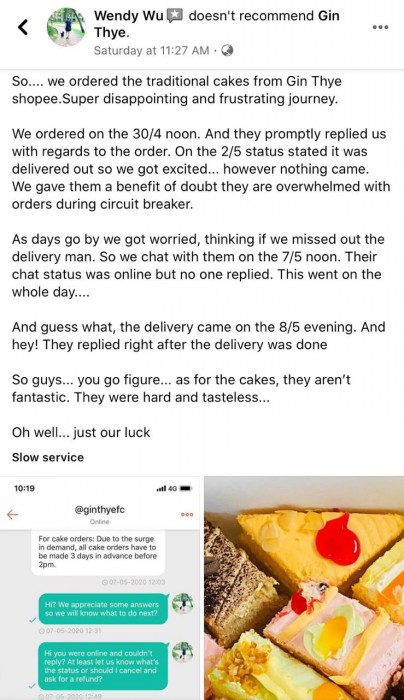 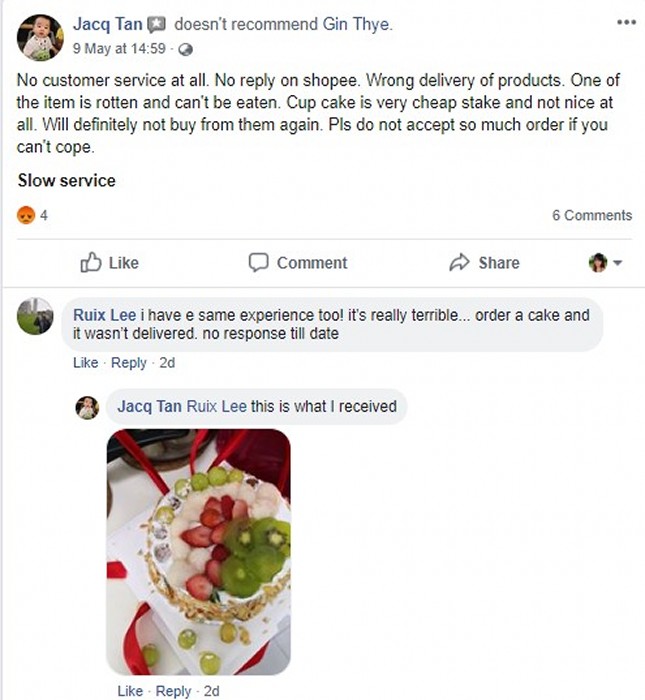 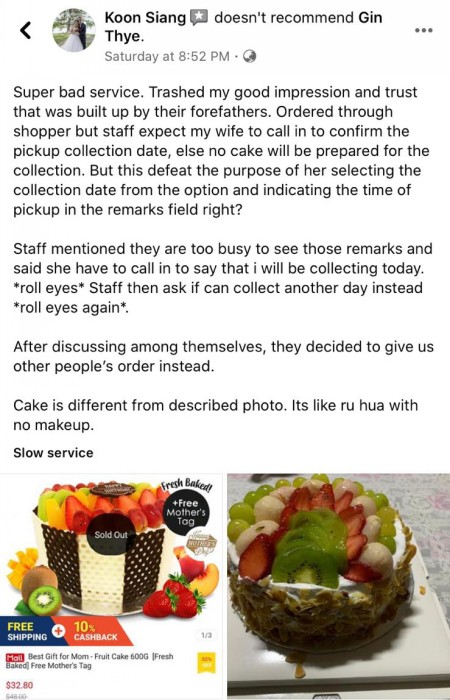 Some customers noted that the fruits used in their cakes had gone bad, while one customer described Gin Thye's fruit cake as "a Ru Hua with no makeup".

Another common sentiment among the reviews was Gin Thye's failure to respond and a lack of "customer service."