Disabled woman's son and sole caregiver dies in sleep, leaving her with $6 in bank 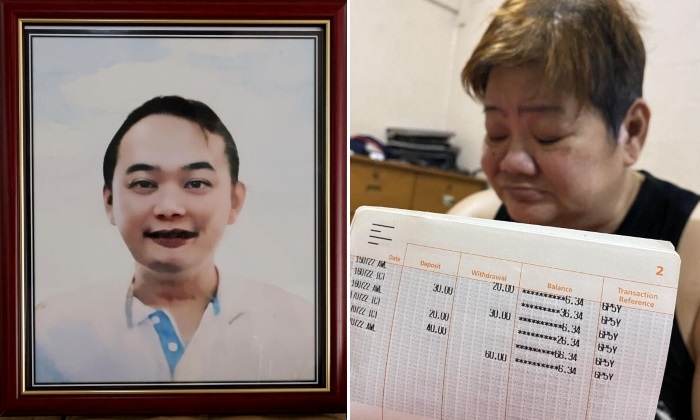 She needs help for even the most basic necessities of daily life.

And Madam Jenny Koh, 64, who shared a one-bedroom HDB rental flat with her son, depended on him for everything, even to go to the toilet.

For 22 years, from the age of 13, he cared for his mother, who has deformed feet and muscle atrophy. 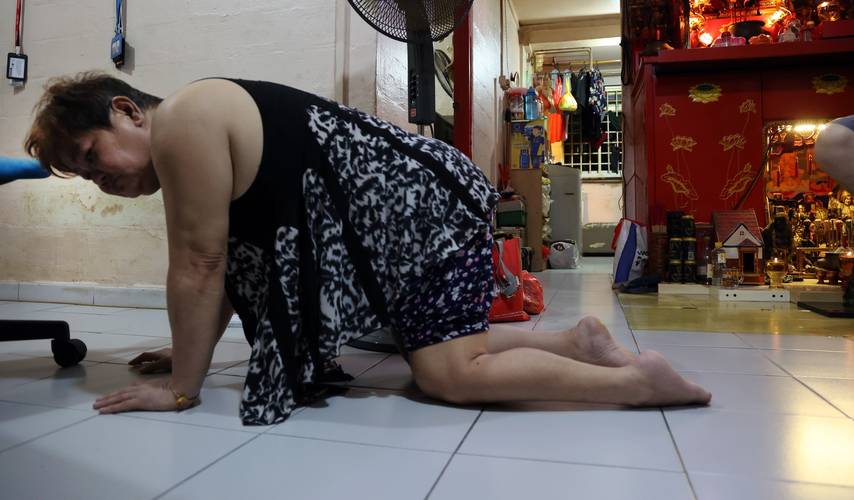 Then suddenly he died, apparently in his sleep.

The 35-year-old, identified only as Mr Guo, appeared to have vomited blood, and was found unresponsive on Monday (July 18), Shin Min Daily News reported.

He was noticed by a neighbour who was watering plants outside the flat in Marsiling around 7.30am.

The man saw Mr Guo sleeping in the living room and called out to him, as he often did.

The 64-year-old, Mr Huang, told Shin Min on Tuesday: "When I used to greet him, he would tell me to be quiet, saying his mother was still sleeping. However, yesterday, I called him more than 10 times and there was no answer.”

When Mr Huang looked in again, he noticed there was blood in Mr Guo’s mouth.

"As there was no response, I immediately called an ambulance," he was quoted as saying.

According to the Singapore Civil Defence Force, Mr Guo was pronounced dead at the scene.

Madam Koh was inconsolable and totally at a loss.

Aside from being on antidepressants, her son's health had been fine all along, she told Shin Min.

"He loved his mother very much. I have difficulty moving. I relied on him even to help me pee and poop every morning. Now that he is gone, I am really heartbroken," she said, sobbing.

She also revealed that there was just $6 left in her bank account.

"We are grateful that her neighbours have also stepped forward to lend her immediate support and care," he wrote.

He added that they are looking at other sustained support arrangements for her.

Social organisation Mummy Yummy Singapore was helping out with Mr Guo’s funeral, which was paid for by a Buddhist devotee, who wished to remain anonymous.