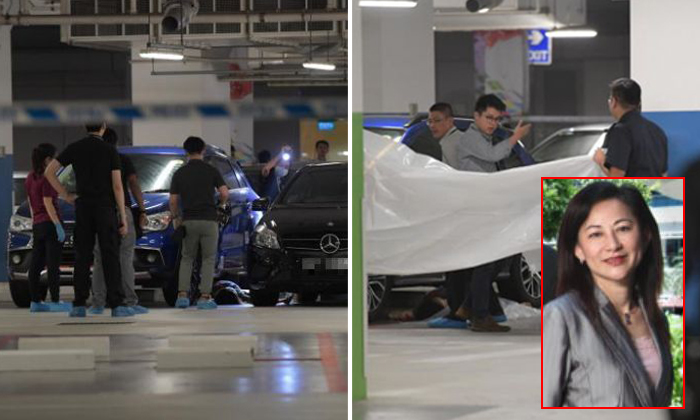 The murder suspect, believed to be the victim's ex-husband, was arrested on Friday (July 20).

Seet Cher Hng, 66, was nabbed at Tan Tock Seng Hospital, where he is currently warded.

The police said they were alerted to an alleged stabbing at the school's carpark at 7.43pm.

The female victim was found lying motionless and pronounced dead by Singapore Civil Defence Force (SCDF) paramedics at the scene.

According to The Straits Times, the deceased is Low Hwee Geok, the director of ITE's examinations division.

A 66-year-old male suspect, who sustained severe injuries on his body, was conveyed to Tan Tock Seng Hospital.

He is believed to be the Ms Low's ex-husband and is understood to have stabbed himself.

ITE issued a statement regarding the "tragic incident" on its Facebook page at around midnight and said: "As the police is investigating, we are unable to comment further.

"This is an isolated incident, and we would like to assure parents, students and the public that our campus is safe for students, staff and members of the public," added the statement.

Mr Ang Wei Neng, a member of the Government Parliamentary Committee for Education, said: "It is sad that such a tragic incident has happened in the school compound.

"We hope that the management of ITE College Central can act quickly and decisively to enhance the security of the college to assure parents, students and staff of their safety."

Ms Low, who had two children, a boy and a girl, was described as a well-loved person.

"She was a lovely, joyful soul, very gentle, always had a smile. Everyone who met her loved her, so it's quite a tragedy for everyone," said Reverend Ian Buntain, her pastor for two years at Grace Baptist Church near MacPherson,

"People should know she made a great impact on those who know her... There is sadness."

Ms Low's body was removed from the school campus at 12.40am, reported ST.

The case has been classified as murder and police investigations are ongoing.