Diners stunned by lewd video playing on TV at Seng Kee eatery: Here's how it happened 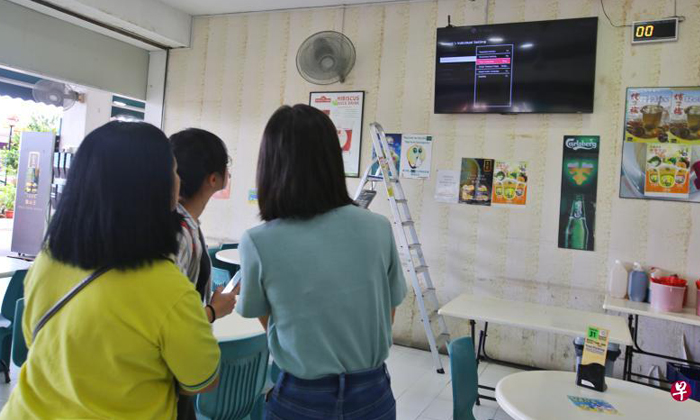 Diners in an eatery along Changi Road were stunned when a lewd video started playing on a television before them.

The incident occurred on Sunday night (Oct 7) at around 10pm.

A 12-second video of the incident, which took place at Seng Kee Black Chicken Herbal Soup, was posted on Facebook but has since been taken down.

According to Shin Min Daily News, staff did not notice that an indecent video was playing on the television as the restaurant was busy at that time.

A female customer had first seen the video and informed her male companion, leaving both of them stunned.

When Shin Min reporters visited Seng Kee, an employee said he did not notice what was going on until he spotted some patrons filming the television with their handphones.

Mr Chen, 68, was shocked when he turned around and saw explicit images on the television, which then he immediately turned off.

Another staff member, 50-year-old Mdm Chen, explained that the restaurant had switched to a smart TV just a few months ago.

The new television set uses the same wifi network as the one provided to customers.

As such, customers whose mobile phones are connected to the network are able to control what appears on the television screen and play videos from their devices.

Reporters at the scene tested this out and found that they indeed had the capability to do so.

"I'm not sure exactly who did this, but won't rule out that it might be a prank," said Mdm Chen, who also insisted that it was impossible for restaurant staff to be the culprit as everyone would be too busy.

Not only would they not have time to adjust the television's content, but there was also no way they would have such a video in their phones, added Mdm Chen.

According to Mdm Chen, the wifi network in the restaurant has been switched off to prevent a similar reoccurrence.

1. Disable the television's smart function so that customers cannot control it

2. Set up a new wifi network for customers to use