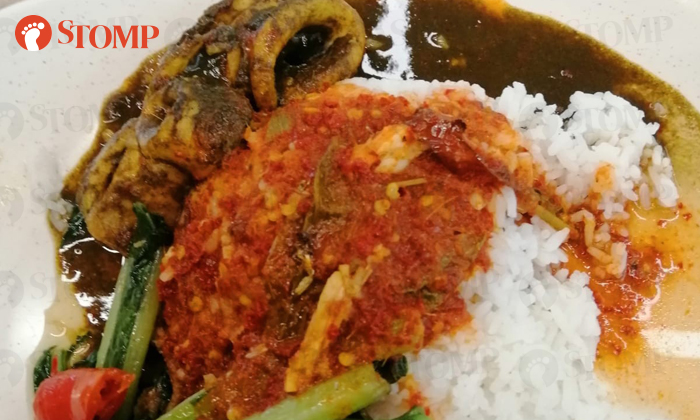 Another day, another complaint about underwhelming nasi padang.

Stomper Nasir not only got a rude shock when paying for his nasi padang from a stall in Bukit Batok, but was also left feeling hungry after the meal due to its small portions. 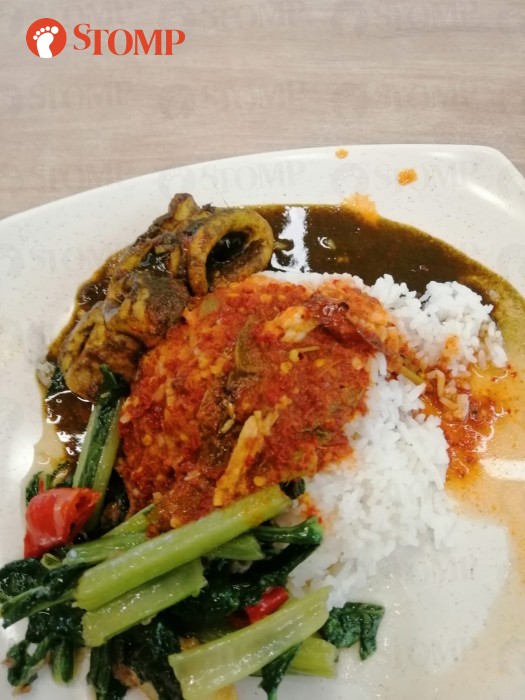 Nasir told Stomp: "I wish to share my experience of yet another overpriced nasi padang.

"My order, which consisted of a pathetic four slices of squid and green veggies on top of asam pedas gravy, costs $5.

"I feel that it was exorbitant, especially with the portions served. Like, was I supposed to eat four scoops of rice and the rest without the squid?!

"Prices are going up but please, be rational. What's the use of running a food business if all they do is stinge on the portions? It's not like by being generous when scooping the dishes, the jewellery they wear will drop in price!

"To sum it up, I left still feeling hungry!"

The Stomper said it was his first time ordering from the stall and also his last.

"I did not ask why my meal was $5 but made a mental note to not patronise this stall again," he added.

"And I will ask for a breakdown in future when I dine at a nasi padang stall for the sake of not getting a shock."