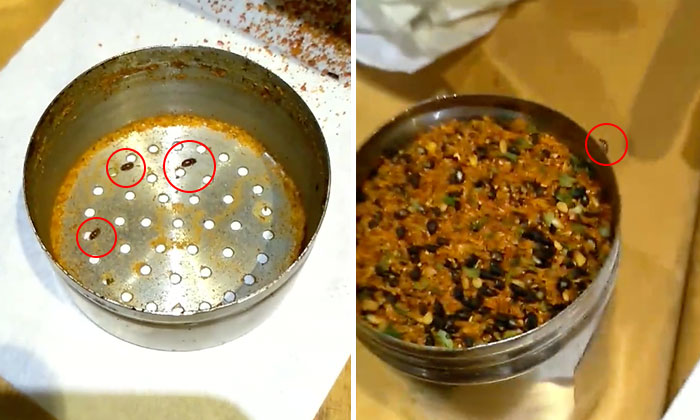 The incident happened on Aug 26, at around 7pm.

The group took a video of the insects and uploaded it onto Facebook.

In the video, three of the creepy-crawlies could be seen on the underside of the container lid, while more were buried in the powder itself.

A voice could also be heard saying:

“Inside is full of bugs, and they already put so much in their soup.”

The restaurant promptly replaced the customers' ramen, which they had seasoned with the spices.

In response to queries from Stomp, a Koh Grill & Sushi Bar spokesman confirmed the incident and said that they tried contacting Mei through Facebook to offer their sincere apology, but did not receive any reply.

The spokesman also added that this was the first time such an incident had happened in 20 years, and various measures have been implemented.

Firstly, all chilli powder within the shop were thrown away, despite not finding any insects in the remaining stock.

A new batch of chilli powder was ordered, and all existing containers for the spices were replaced with new, transparent ones.

The spokesman further assured that the store would check every container daily to prevent that the recurrence of such incidents.

Stomp understands that the insects were not cockroaches, and could have come about due to moisture in the powder, an understandable circumstance as the condiment is shared among customers.