Did you notice the sky 'split' into 2 shades of blue over some areas in Singapore? Here's what it is 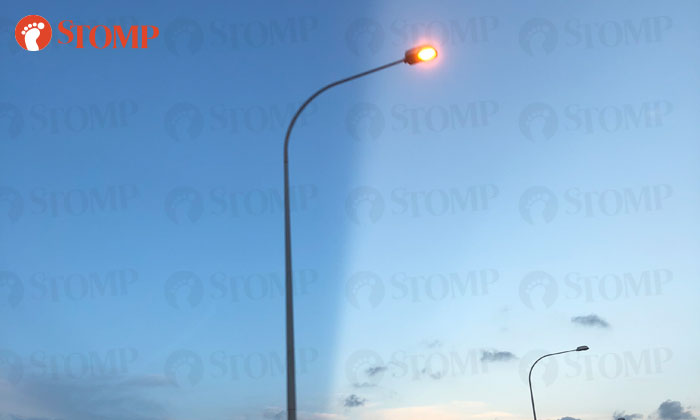 If you were out and about on Wednesday evening (Feb 13), you may have noticed a strange phenomenon in the sky.

Stompers Lynette and Albert alerted Stomp to noticed the sky had been 'split' into two shades of blue and shared photos of what they saw.

Lynette witnessed the unusual sight in the sky over the Jurong area at 7.11pm while Albert told Stomp he noticed it as he was driving from Tampines to Bedok Reservoir at 7.10pm.

Lynette shared: "I thought there was something wrong with my eyes at first."

Albert said: "The sky appeared to have two colours, a darker side and a brighter side drawn by heaven with a line divider."

In response to a Stomp media query, a spokesman from Meteorological Service Singapore explained what caused the sky to look that way.

"The photos appear to show anti-crepuscular rays," he said.

"This is a meteorological optical phenomena usually visible around sunrise or sunset (when the sun is partially obscured).

"Anti-crepuscular rays are parallel shafts of sunlight that extend past clouds blocking the sun and are visible because of scattering of light by small water droplets or particles in the atmosphere."

Related Stories
Ever seen Venus and the moon shine so brightly with your naked eye?
Beautiful rainbow leaves Ghim Moh resident in awe
Did you catch this? Sky turns a gorgeous shade of crimson in Singapore
More About:
sky
unusual
unusual sight
cool