Found: Did you find bag with $10k that flew off car roof in Woodlands? 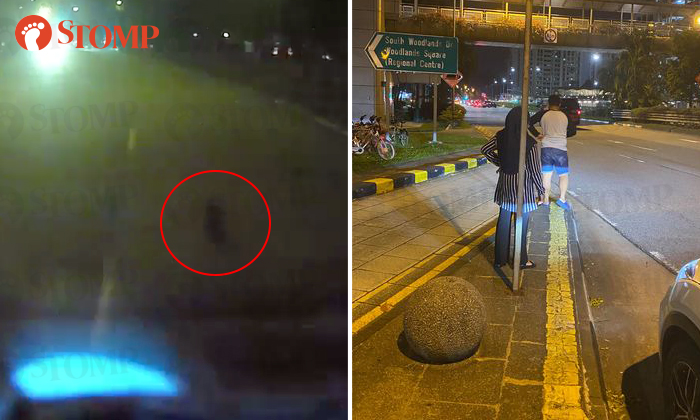 The clutch bag has been found and police are investigating, said Stomper Wawanein on Wednesday (Dec 2).

According to Wawanein, police called her husband on Tuesday night to inform him that they had found the clutch bag.

When asked if someone had returned the clutch bag to the police, Wawanein declined to comment, citing that investigations are ongoing.

She added: "Thank you to the police for all the effort as we didn't expect this miracle. I am truly aware that it was our mistake and that we had put the police through so much trouble.

"Yes, deep in our hearts, we had been hoping for the bag to be returned. Who wouldn't be? But after a day of waiting, we were willing to accept the fact that the money was meant for others."

Wawanein said she was grateful for the "miracle" and the police, as well as all those who had offered to help or had expressed concern.

A woman has a message for the person who found and picked up her husband's clutch bag, which was mistakenly left on the roof of the couple's car and ended up falling onto the road.

Stomper Wawanein, who had been travelling in the car with her family, said the incident occurred opposite Woodlands Civic Centre on Saturday (Nov 29), at around 9pm.

The clutch bag contained hard-earned cash of $10,000, which the family had painstakingly made from their business and were going to bank in.

They mistakenly left it on the roof of their car and drove off in the vehicle, but did not notice until it was too late.

Wawanein recounted: "We left Causeway Point at around 9.03pm. Based on our dashcam footage, we dropped the clutch bag at around 9.06pm."

However, the family was not yet aware of the loss and continued travelling towards Lavender.

"We arrived at Lavender at around 9.35pm and realised we had lost our clutch bag. We checked our camera to find out more and discovered that the bag had dropped opposite Woodlands Civic Centre," said Wawanein.

Unfortunately, the clutch bag was gone despite search efforts. 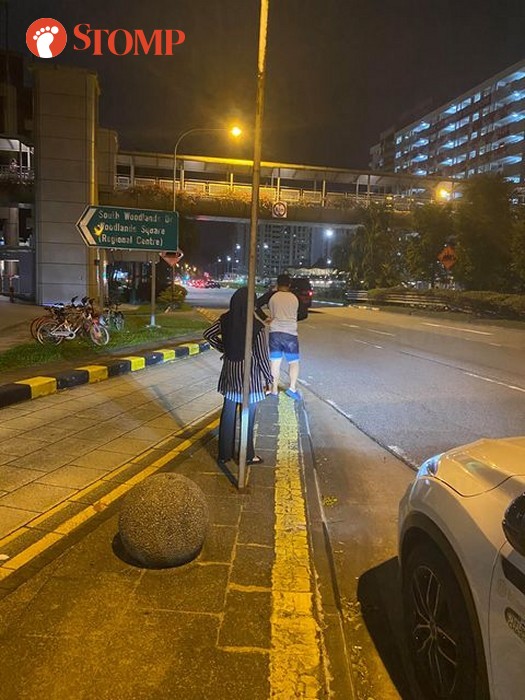 A police report has been made, but the Stomper has since come to terms with the loss.

Wawanein added: "The amount in the bag is around $10,000, which we wanted to bank in but have now lost. We are doing business and it's really hard-earned money, especially during this Covid-19 period.

"At first, we did feel angry, sad and regretful, wishing so much that we could turn back the clock and make things right.

"It's really hard at first to say all this, but after a day passed, we learnt to forgive so that it would not burden us and we can move on.

"We did not want to give up but we really have to say, if the person wanted to return it, they would have called us as our identification is in the bag.

"Now, we are left with waiting for a miracle to happen."

Although Wawanein is not optimistic about getting the money back, she does not fault the person who found it. Instead, she hopes that they will put the cash to good use.

The Stomper said: "We know it is unlikely that we will get the money back, especially during this period. We just wanted to share this message so that it will hopefully reach the person who found the bag.

"To whoever knows where the money went or whoever took it, we sincerely let you use it.

"Please use the money wisely. Maybe it can help you to settle any debts you have, help to feed your family or aid you in other ways.

"This is our mistake and our carelessness but it has helped us to learn a lot.

"Maybe this is our luck and something good might happen instead. As long as we have good health, we can earn the money back.

"We hope that we will get good health and other blessings in return."

If you have found the bag or have any info about it, kindly contact Stomp at stomp@stomp.com.sg or WhatsApp 9384 3761.

Related Stories
Woman looking for diamond ring lost in Yishun: 'It's the only keepsake I have of my late mum'
Help man to find lost wallet so that he can continue fulfiling promise of 17 years to late father-in-law
Man reunited with MacBook after Stomp appeal -- and kind soul who found it even declines reward
More About:
lost
heartbreaking
money