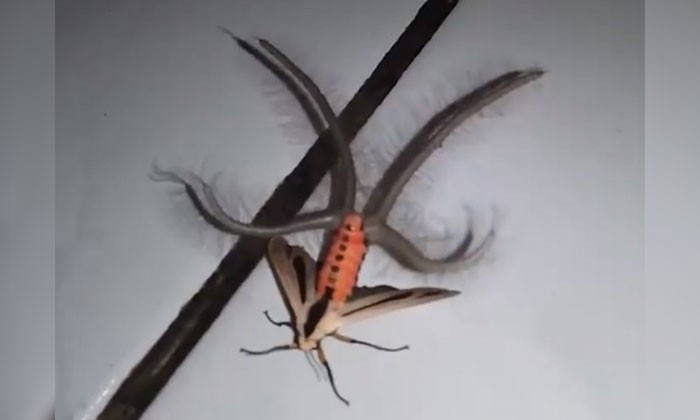 A video of a 'devilish-looking' creature has been making its rounds on social media, leaving netizens freaked out and bewildered.

Based on the video that was reportedly taken in Indonesia, the creature appeared to be a fly of sorts.

Unlike typical flies, however, this one had four long and hairy tendrils resembling tentacles sticking out from the end of its abdomen.

The unusual body part at its rear was moving up and down in the footage, adding to its scare factor.

As it turns out, the organism is a moth that goes by the name Creatonotos Gangis, reported The Independent.

Only males like the one in the video possess the freaky-looking tendrils.

Other than frightening human beings, the tendrils are used to attract mates.

So there you have it. If you do come across a Creatonotos Gangis in Singapore or elsewhere, remember to take a video and send it to us before you cower in fear.

Related Stories
Chilling photos and spooky sightings that will give you sleepless nights
Malaysian police say images of "mysterious creature" found in Pahang forest are fake
Is this for real? Men seen in zombie-like trance at Kallang Ave will freak you out
More About:
creepy
scary
insect