Foodpanda deliveryman says he was fired after taking statues from altar: 'I had permission from the gods' 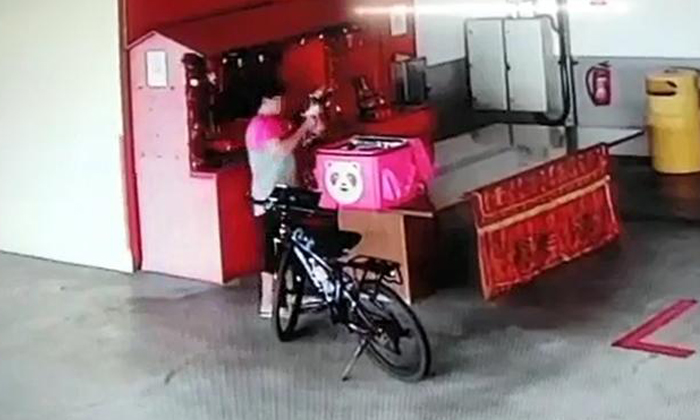 A Foodpanda deliveryman who was caught on camera removing two statues from an altar and riding away with his loot has come forward to give his side of the story.

A video of the incident, which occurred at a carpark at Woodlands Industrial Park E on Sep 21, went viral after being posted on social media. To date, it has garnered over 1,000 shares on Facebook.

Foodpanda had earlier told Stomp in a statement that it was assisting the relevant authorities in investigating the matter.

Following reports about the incident, the deliveryman in question contacted Shin Min Daily News to share his side of the story and claimed that it was a misunderstanding.

Mr Lin, 23, said he had just finished making a delivery when he noticed that the Dua Di Ya Pek statues on the altar were dirty and looked "black".

Assuming that no one was paying respects to the deities, Mr Lin decided to bring them home to take care of them.

Dua Di Ya Pek refers to a pair of Chinese deities, one in a black robe and one in a white robe.

According to folklore, they in charge of escorting the spirits of the dead to the underworld, but are also worshipped as fortune deities in some countries.

Mr Lin told Shin Min: "I was aware that the statues could not be just simply taken away at will, so I used moon blocks to get the gods' permission to let me take them home. Otherwise, how would I be safe and sound now?"

Moon blocks, also known as jiao bei, are wooden divination tools that are used in pairs to request a yes or no answer from the gods. 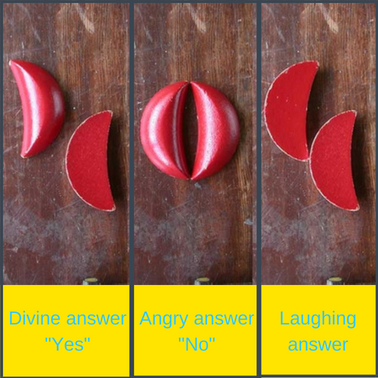 During prayers, one poses his or her question to the gods and drops the blocks on the ground. The position of the blocks upon landing determines the gods' answer.

After news of the incident broke, Mr Lin said he went to the police station to clear the air as well as returned the Dua Di Ya Pek statues a few days later.

He hopes that people can stop making wild speculations and accusations.

Mr Lin also said that he was fired by Foodpanda following the incident and has to find a new job.

He added: "I did not know there was a CCTV camera there. After the video went viral, I realised the severity of the situation and realised I had to come forward to clarify what happened."

In response to media queries, the management of the industrial park said the altar's statues should not be removed in any circumstances and that it was a matter of principle.

A spokesman expressed dissatisfaction at what Mr Lin claimed about no one worshipping the deities, adding: "Even if the statues had not been cleaned or taken care of properly, it does not mean he could have acted on his own without permission."

The spokesman also said that the deliveryman has yet to return the two statues.