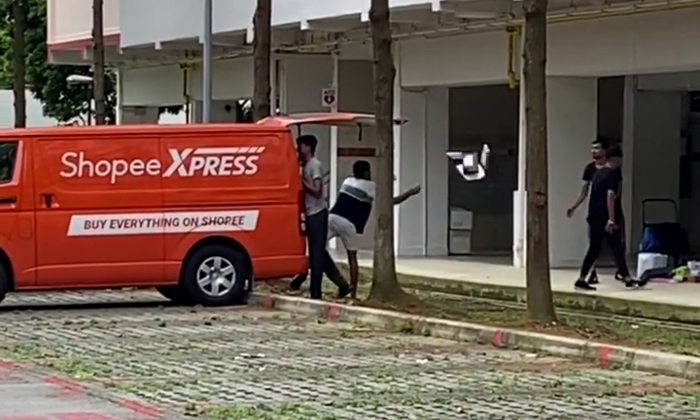 That was what Shopee called the behaviour of the delivery workers carelessly unloading packages from a Shopee Xpress van in a video that went viral last week.

The 12-second clip was uploaded by Facebook user James Killingsworth on Dec 22.

The video shows two workers at the back of the parked van insouciantly throwing packages from the back of the vehicle to a third man who did not try very hard to catch them. Most of the tossed packages fell to the ground.

A Stomper commented: "The online purchases were all thrown on the floor. Bad working attitude."

Other workers can also be seen sorting out packages in the void deck of Block 3 Haig Road in Katong.

Outsource to others to break your stuff… Shopee

The video has been shared more than 2,000 times.

In response to a Stomp query, Shopee said: "The behaviour seen in the video is unacceptable, and it goes against our values and service commitment at Shopee.

"We have since reached out to our partners to reiterate that all personnel must adhere to our stringent delivery guidelines and service standards, and ensure necessary action is taken to ensure that the utmost care is taken for our customers' packages."

After seeing the video, a number of netizens commented that they now realised why their packages were damaged when delivered. 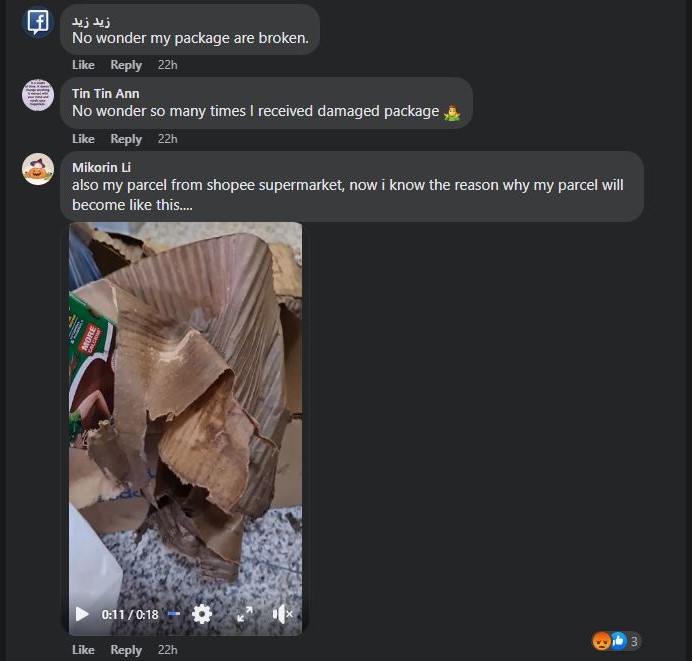