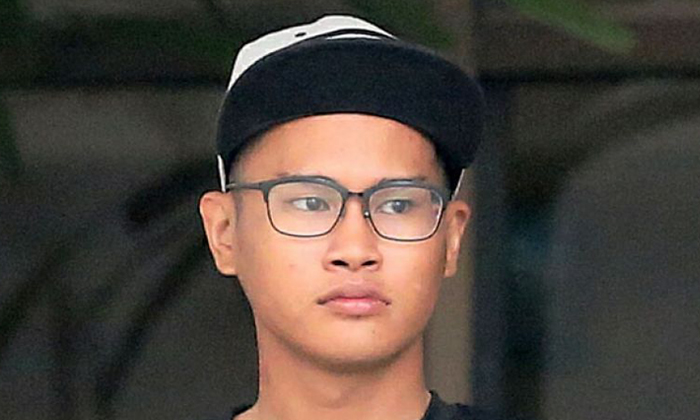 A food deliveryman rode a bicycle without functional brakes, ran a red light and hit an elderly pedestrian who later died of serious injuries.

According to The Straits Times, Khairul, who had no lawyer, told the court that had the victim been in his 40s, he would have survived the accident.

He added that he did call for assistance, helped to carry the victim to the side of the road and waited for the ambulance.

Khairul was cycling along the two-lane Lorong Ah Soo road towards Upper Paya Lebar Road that evening when he noticed that the traffic light was red.

Deputy Public Prosecutor Lee Zu Zhao said in court on Tuesday (Jan 16) that Khairul's view was blocked by a bus on the left lane of Lorong Ah Soo just before the pedestrian crossing.

There were many cars on both lanes and an SBS Transit bus had stopped on the left. Khairul decided to ride between the vehicles on both lanes.

As he neared the signalised pedestrian crossing, he mistakenly thought that the traffic light had turned green in his favour, though his view was blocked by the bus on his left.

He sped up to cycle across the pedestrian crossing and hit Mr Tong, who was crossing on a "green man" signal.

Mr Tong died from a head injury the next day.

Inspections showed that the bicycle had no front and rear end brakes, but it was fixed with "coaster brakes", a rear brake that works by turning the pedals backwards.

This allowed the bicycle to brake at only very slow speeds, said DPP Lee.

Khairul knew that the bicycle had never had rear brakes fixed. About a week before the accident, he had removed the faulty front brakes, which were not replaced.

"Without either front or rear brakes, the accused would normally use his right foot to step on the rear tyre of the said bicycle to slow down, and it would take at least four to five seconds to stop completely,'' the DPP said.

DPP Lee is asking for four months' jail to be imposed. He said Khairul ran the red light, knew that his bicycle had no brakes and continued to use it on a public road.

In the court papers, Khairul was described as a Deliveroo rider and was riding his bicycle to Hougang One mall to meet his colleague before they rode together to Tanjong Pagar MRT to report to work.

However, a spokesman for the food delivery firm said Khairul never worked with Deliveroo and was not carrying out a delivery when the incident occurred.

"Safety is a priority for Deliveroo. Before working with us, all riders complete a programme of road safety guidance and must obey road traffic laws.

"We have a zero-tolerance policy for anyone found to have broken the law or to have put the safety of themselves or others at risk.

"We will work with the authorities however we can to assist them in this matter. This is a tragic incident and our thoughts are with Mr Tong's family at this very difficult time," the spokesman told The Straits Times.

For causing death by a rash act, the maximum penalty is five years' jail and a $5,000 fine.