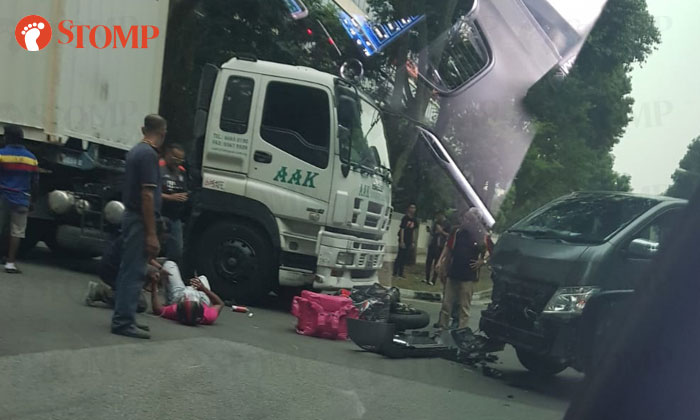 A 21-year-old delivery rider was taken to hospital after he was involved in an accident with a trailer truck and a van along Toh Guan Road East on Tuesday evening (Sep 17).

Stomper Lyana was on her way home from work when she passed by the scene at about 6pm.

In photos she shared with Stomp, the man is seen lying on the road with people surrounding him.

A pink delivery bag is lying close by.

A motorcycle is lying on the road in front of a van. The van's front is badly dented and its bumper has fallen off.

In response to a Stomp query, the police said they were alerted to the accident at about 6.05pm.

The motorcyclist, a 21-year-old man, was conscious when taken to Ng Teng Fong General Hospital, a police spokesman said.