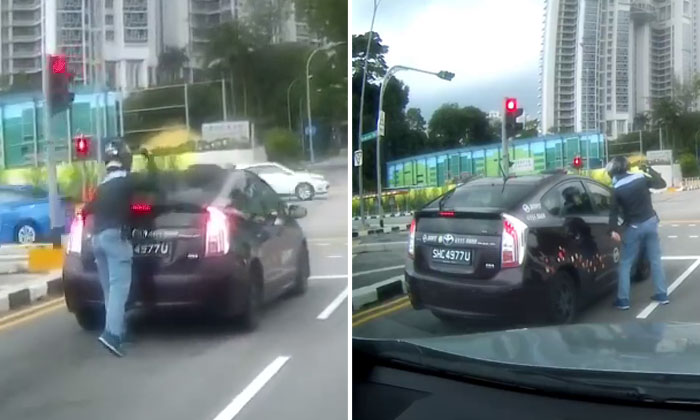 A food delivery rider was caught on video hitting a taxi with his fist and trying to open its driver's side door at the Upper Thomson exit along the Pan Island Expressway (PIE) on Apr 30.

The video was posted on SG Road Vigilante's YouTube channel.

According to SG Road Vigilante, the rider is believed to be working with Foodpanda. A pink food delivery bag is spotted on his bike.

In the video, he is seen stopping his bike at a chevron marking at charging towards the SMRT taxi.

He tries to open the vehicle's boot before hitting it with his fist.

He then storms over to the driver's side and starts making threatening gestures.

He also tries, without success, to open the cabby's door.

It is unclear if the taxi driver did anything to incur the rider's wrath.