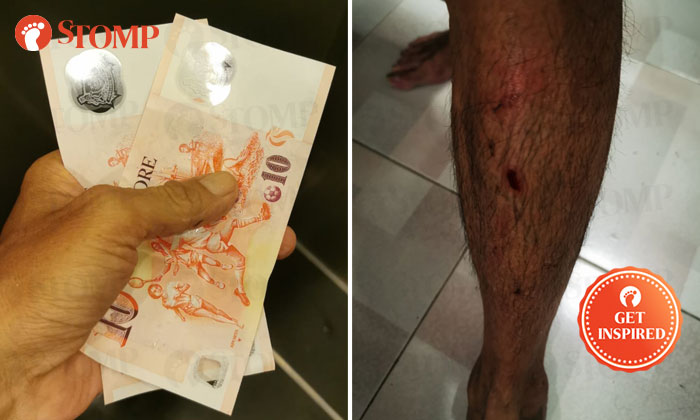 Deliveroo rider, Stomper Peter Yeo, was touched by the several good Samaritans he encountered after he was involved in an accident on Wednesday night (Apr 29).

He was on his way to deliver food to a customer at Robertson Quay when he fell after suddenly braking to avoid knocking into a jogger on a shared path along a park connector.

He skid because the path was slippery due to a heavy downpour. 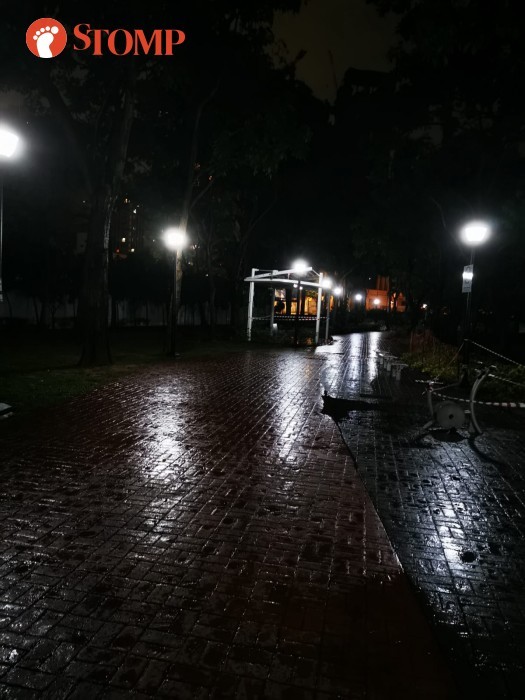 Fortunately, he suffered only minor injuries and did not require an ambulance. However, the cake he was delivering was damaged.

"Even though the cake was damaged, the customer gave me a $20 tip and asked me if I was okay after my accident," he said.

"I am sharing this not because of the monetary gains but because of the customer's kind understanding that I tried my level best to deliver her food to her even after I had met with an accident during the heavy downpour.

"I even told her to check the cake immediately to see if it was damaged but she told me it was ok and she asked me if I am really ok to make my way home after that."

The customer was not the only person who showed kindness to Peter that night.

"The guard at the condo I had delivered to also offered me assistance by allowing me to park my e-bike in the sheltered area and offering me a chair to sit while waiting for the rain to subside.

"He even loaned me an umbrella so that I could walk on foot to go back to the accident scene to recover my spectacles.

"I also dropped by Studio M Hotel to use the toilet and the receptionist was very understanding.

"She took my temperature before leading me to the toilet entrance as I told her I couldn't see clearly because I was involved in an accident and had dropped my spectacles."

After that, he returned to the area he had fallen down to look for his spectacles.

"My degree for both eyes is 750 so without spectacles, I am no different from a blind man," he said.

"Fortunately, a jogger saw my spectacles and placed it on a bench."

Peter told Stomp he was touched to have encountered so many kind people that night.

"It was really heartwarming for me to have strangers helping me after I had explained to them I was involved in an accident," he said.

"I would also like to advise riders of bicycles and power-assisted bikes (PABs) to wear long pants and wear a helmet while cycling.

"It can help prevent serious injuries."