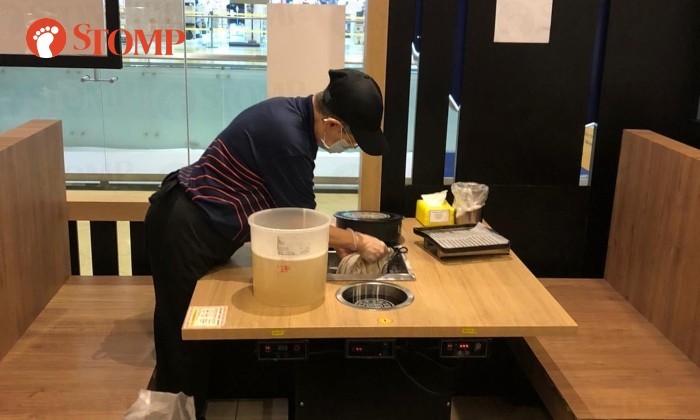 Serving tables is definitely not the easiest of jobs, but Aunty Poh has done it without the ability to speak or hear -- for more than ten years.

A Stomper shared with Stomp on August 4 that she met a server named Aunty Poh, who is deaf and unable to speak, at Seoul Garden's Marina Square outlet a few months prior, but has since been unable to shake the positive experience from her mind.

The Stomper sent a photo of Aunty Poh at work and said: "This is Aunty Poh, who is 75 years old. She provides excellent service despite her disabilities. 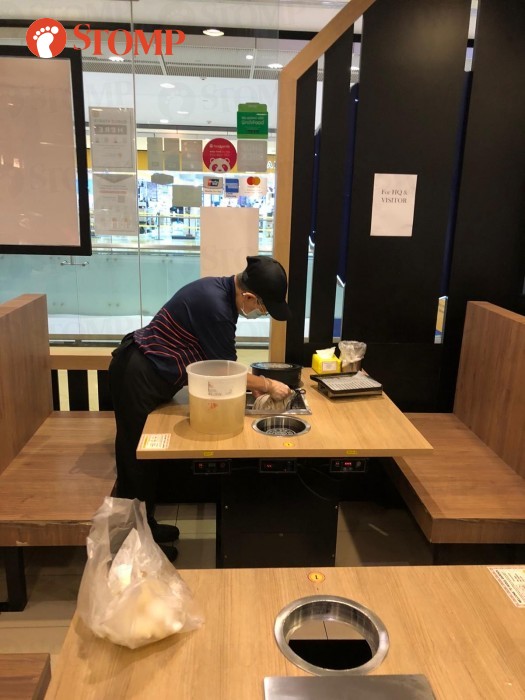 "She even takes the effort to write out what she wants to tell the customers."

When Stomp got in touch with the team at Seoul Garden and chatted with Aunty Poh via email, she shared that she was "a little surprised" that her service was complimented but "very happy that the customers had a good time at Seoul Garden".

Aunty Poh shared: "I love my job at Seoul Garden because of the people. Be it the team or our customers, they are just like my family and friends."

She added that when she started work in 2009, she struggled the most with communication.

"It was tough to communicate with our customers at first. But the team was aware of my disabilities and have always been patient.

"Sometimes our customers might not be aware of my disabilities and would call for me loudly. But the society now is more receptive and welcoming to me, and the other Persons with Disabilities (PWDs) at Seoul Garden."

Aunty Poh also mentioned that some of the team members at Seoul Garden have "learnt sign language before", making it easier for communication within the team.

"Other than sign language, we will also communicate by writing on paper or via WhatsApp. I am very touched by the efforts put in by my co-workers to communicate with me."

Aunty Poh also writes on paper to communicate with customers, like she did with the Stomper: "Though I am not able to verbalise my thoughts like others, I still want them to feel that I care.

"I also try to smile a lot as it is a universal language (just that now it is a little hidden behind the masks). It uplifts the entire mood and experience for the customers."

When asked whether any particular encounters with customers have stood out to Aunty Poh, she said: "Some customers were unaware of my disabilities and were very frustrated as they misunderstood that I was ignoring them.

"However, many of the customers were quick to extend their apologies after understanding the situation."

Stomp also chatted with Aunty Poh's co-workers and supervisors, who shared that it has been a "fun and enriching journey, learning to be understanding and patient to achieve optimal teamwork".

"Having said that, there are bound to be challenges along the way. Aunty Poh and the rest of the team of PWDs have made it pretty much seamless. We aim to maintain an open communication among all team members," they said. 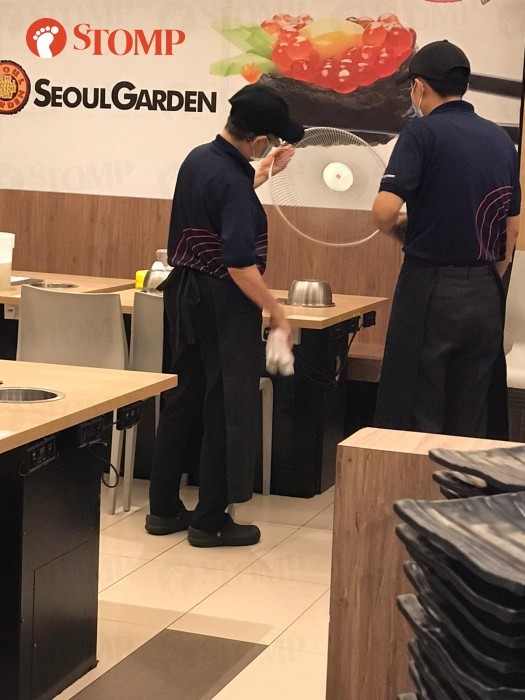 The team at Seoul Garden has also learnt a lot from Aunty Poh and the other PWDs, adding that they have "shown a great level of positivity and vibrant attitude at work".

"In this all-inclusive team, the learning journey is more rewarding than challenging. This environment provides the space to all team members to learn and grow, to be independent, understanding, patient and accommodating."

Finally, when asked about her thoughts on her entire experience as a server, Aunty Poh summed it up perfectly: "To me, it is all about service from the heart. It comes from within, and it takes the entire team to fulfill the Seoul Garden experience."

Related Stories
Student who helped elderly man use SafeEntry at White Sands 'was simply inspirational to watch'
Kudos to kind bus captain who helps wheelchair-bound passengers, greets others with a smile
Man reunited with MacBook after Stomp appeal -- and kind soul who found it even declines reward
More About:
get inspired
inspiring
deaf