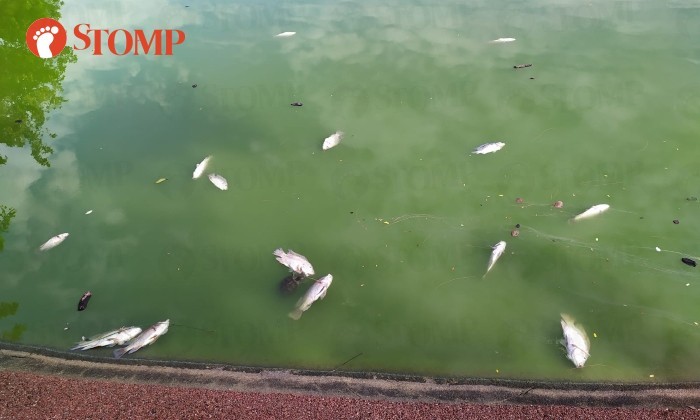 The dead fishes that were found floating at Punggol Point Park have been removed and the pond water has been changed, said National Parks Board (NParks) in a statement.

Stomper Anonymous was concerned when he saw many dead fishes in the water on Sunday (Oct 18) at 5pm and shared photos to Stomp. 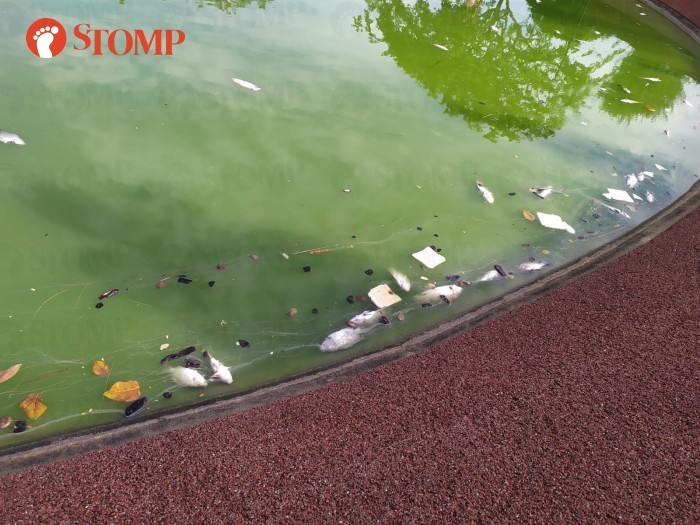 Photos show at least 15 dead fishes floating at the surface of the water.

"So many fishes died at Punggol Point Park, I wonder what happened here?" Anonymous asked.

"I feel like the fishes died because of pollution. I mean, look at all the junk in the pond! There's bread, plastic and rubber in the water."

In response to a Stomp query, Mr Chia Seng Jiang, Group Director of Parks East at NParks, said NParks was alerted to an occurrence of dead fishes in a pond at Punggol Point Park on Sunday (Oct 18).

Mr Chia said that this is likely to be due to low levels of oxygen in the pond at night due to overgrowth of algae, which can occur following a period of hot sunny weather.

"The dead fishes were removed from the pond the on Monday (Oct 19) and we have changed the water in the pond," added Mr Chia.

"To minimise the growth of algae in the pond, we will be adding more plants to absorb the nutrients in the water as well as further improve the aeration of the pond."

Mr Chia also mentioned that this pond is a landscape feature in the park for the enjoyment of all park visitors.

"We like to take this opportunity to remind all visitors not to feed the animals in the pond," said Mr Chia.

"Feeding of food such as bread will increase the nutrients in the water which would in turn cause overgrowth of algae."

"When the Punggol settlement was revamped years ago, these shallow ponds were built as beautiful water features," said Mr Kalai.

"Sadly, over the years, a lot of animals have been illegally dumped or abandoned in these ponds which has caused the water quality to suffer greatly over the years.

"Turtles like red-eared terrapins and soft-shell turtles have been released here as well.

"We can only suspect at this point that these fish were illegally released here.

"Very often, animals that are released in such a manner, whether they may be for religious purposes or for abandonment, die quickly after their release due to shock or the habitat being unsuitable."

Acres also advises members of the public to report such encounters to the relevant agencies and urges citizens to be vigilant for suspicious activities including the unapproved release of animals.