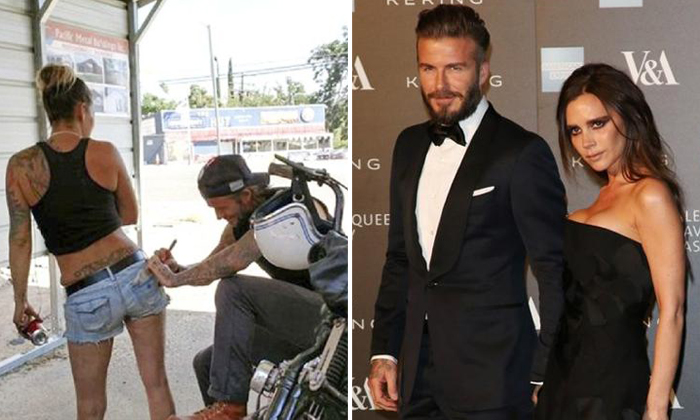 David Beckham, 42, recently hit the road for a motorcycle trip with his friend and was approached by a female fan when he stopped to take a break.

According to online reports, he "decided to show off his daring side" by signing an autograph on the woman's bottom.

Photos of the incident have been making the rounds on the Internet.

This comes after rumours of marital problems between David and Victoria Beckham, who have been married for 18 years.

On July 21, UK publication The Sun exclusively reported a "growing gulf" between the well-loved celebrity couple.

The article claimed that Posh Spice was angry about her husband's partying while the latter was apparently "bored" with his role as a stay-at-home dad.

However, there are no official sources that can confirm this.

The Sun reported on July 27 that the Hollywood icons had been seen together after a gym workout, in coordinating outfits and deep in conversation, supposedly to put on a "united front".