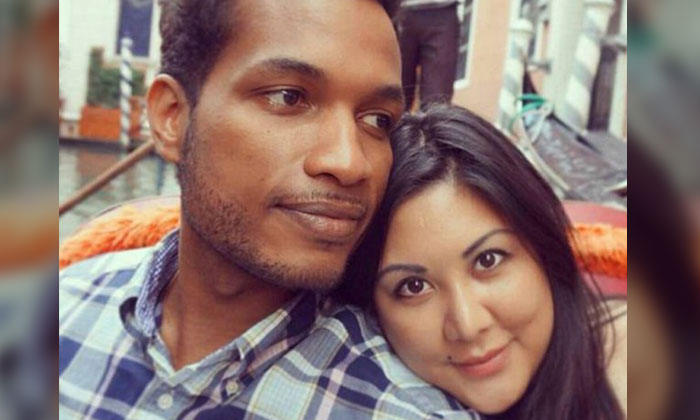 Just when you thought the long-running saga of the high-profile divorce case of Malaysian retail and hotel magnate Khoo Kay Peng and his former Miss Malaysia wife was all over, his daughter has made a startling revelation.

Providing yet another pulpy development to a drama that began in 2014, Laura Ashley heiress Angeline Francis Khoo, 34, announced that she has cut ties with her father, who is chairman of the fashion and lifestyle company, after he disapproved of the man she wanted to marry.

Last week, The Telegraph reported that she had chosen to walk away from the family business after he refused to give her his blessing for marrying Caribbean-born data scientist Jedidiah Francis. Both (above) met when they were studying at Oxford.

She told the Mail on Sunday's You magazine: "I believed Dad's stance was wrong, so there was no question about what was right."

She added: "I've been fortunate to have that perspective: you can have money and it's a blessing; it allows you to do things and gives you options, but there are also things that come with it, such as control.

"Money amplifies negative characteristics and that can cause problems. To walk away from that was actually very easy. I didn't even consider it."

GROOMED TO BE LAURA ASHLEY HEIRESS

Although Angeline was supposedly slated to take over her father's businsss, having spent university holidays working in the different departments of Laura Ashley, she has since set up her own fashion business.

In December 2015, she launched Rosie On Fire, an online store offering her creations of flirty modern-day kimonos, which have been worn by international stars and featured in top magazines like Vogue and Harper's Bazaar.

Angeline had stood by her mother, Pauline Chai, now 70 and living in UK, in the divorce case which ended with the British court ordering her father to pay $112 million to her in April.

Reportedly the most expensive divorce case ever heard in UK, it ran like an over-the-top soap opera with embarrassing details of the couple's private lives.

Angeline had told the media in 2014 that there was domestic violence in her parent's marriage and that she supported her mum's decision to divorce.

But stlll she hopes for a reconcilation with her father one day, "in the sense that he can let go of his anger and his hurt and there can at least be some (form of) cordial, warm relationship", she told You magazine.