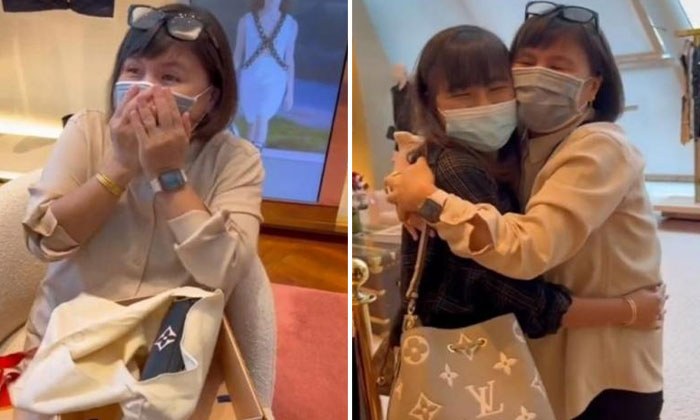 When her mother once remarked that she was “not looking good enough” to enter a Louis Vuitton store, TikTok user Minxchen etched that moment in her memory.

A decade later, the young lady decided nothing of the sort was going to stop her mum again from owning a designer handbag.

Minxchen uploaded a video last Sunday (March 13) sharing an anecdote from her childhood about going window shopping with her mother, and how she had pointed to a bag she really fancied.

“I told her we should go in and take a look. She said no because she didn't look good enough to enter the store," Minxchen wrote in the video.

"I told myself I'll never make my mum feel that way when I can be independent."

Recently, the young lady made good on that promise to herself, ushering her mum into a Louis Vuitton store and surprising her with a bag.

The moment was captured on video, of course, and showed the older woman gleefully unwrapping a box, then hugging and thanking her daughter for the gift.

@minxchen_ I just know I work really really hard while schooling in poly and running my home based business because I never wanted them to feel otherwise about themselves again. I've grown so much throughout this journey and they're the reason why I'm here today. They were my pillar of strength in everything I do. I hope they're proud of me because I'm so lucky to have the best parents :") #mother #love #family #surprise#fyp #sgfyp #smallbusiness ♬ original sound - Min

Minxchen's video has garnered just over 100,000 views, along with many heartwarming comments.

The TikTok user also thanked netizens for their encouraging words. 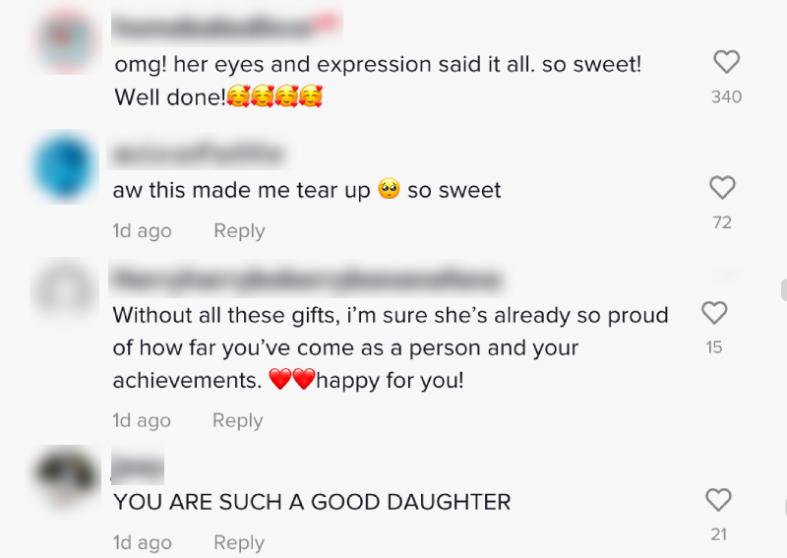 A supersweet gesture, Minxchen. And I’m sure mum will never forget that moment.