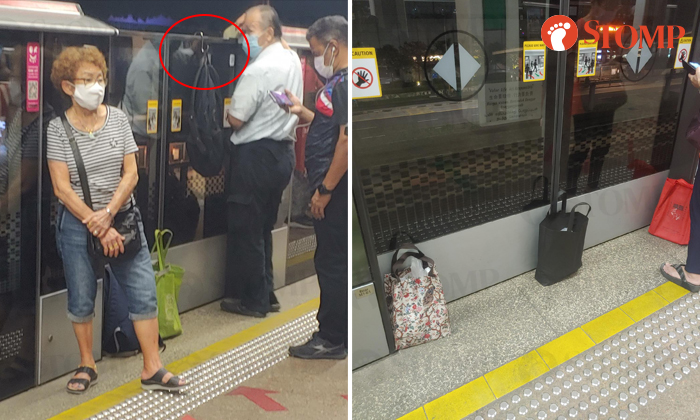 A commuter was concerned to see several people engaging in risky and dangerous behaviour at Yishun MRT station on Wednesday (Jan 19).

Stomper Manoj Kumar was waiting to take the 5.20am train from Yishun to Bayfront when he made certain observations.

He recounted: "To my shock, I saw bags being placed at the MRT platform's glass door even though no one was standing there.

"I only realised later that those bags belonged to some aunties who had wanted to board the 5.20am train as well.

"All of them were standing beyond the yellow line and pushing each other when the train approached the station.

"That same afternoon, I approached control station staff at Yishun MRT station to highlight my concerns. I was referred to the safety manager and I reported the matter. However, he told me that there was a lack of manpower.

"Is safety not being prioritised in this situation? I hope the relevant parties will look into this matter as it concerns the safety of commuters."