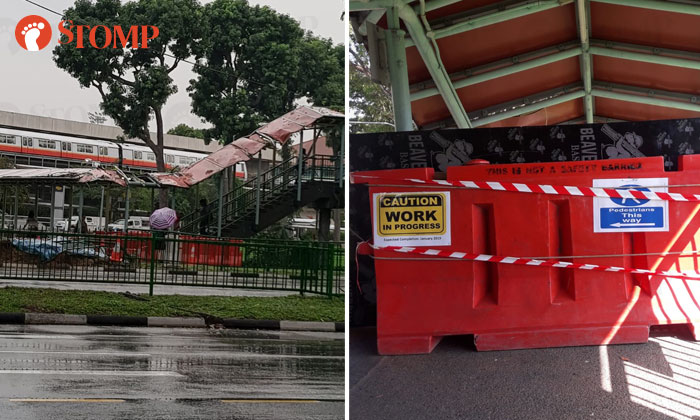 The Land Transport Authority (LTA) has commenced repair works on a sheltered walkway near Yio Chu Kang MRT Station that was damaged by a fallen tree on Mon (Nov 19).

Stomper Chan alerted Stomp to the damaged shelter and shared photos his friend had taken of it on Tuesday morning (Nov 20).

In the photos, most of the panels of the sheltered walkway are badly dented and some are even missing. However, people still appeared to be using the walkway. 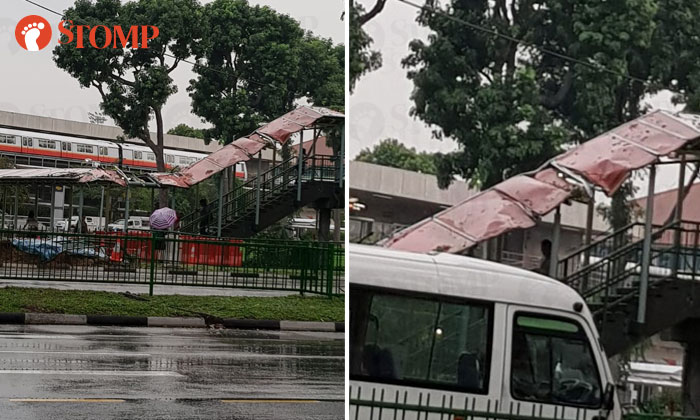 In response to a Stomp media query issued on Friday (Nov 23), an LTA spokesman said they aware of the situation.

"The sheltered walkway was damaged by a fallen tree on Nov 19 and debris has been cleared," she said.

"The LTA has commenced preparations to repair the sheltered walkway." 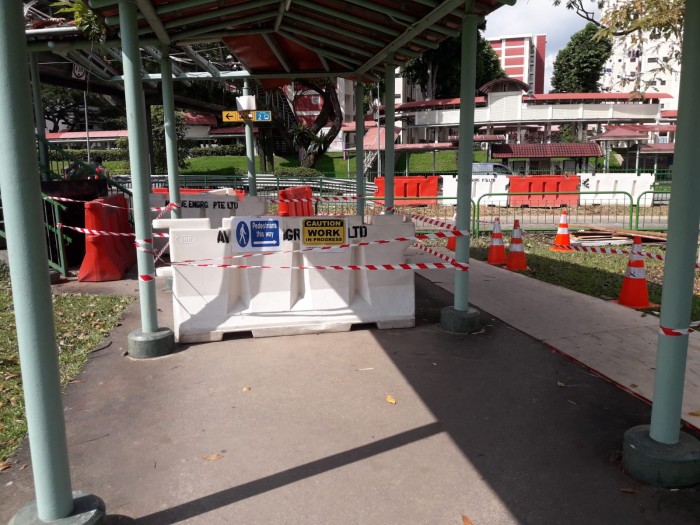 The spokesman added the walkway has since been barricaded and notices have been put up to inform pedestrians to avoid the affected area.

"Pedestrians who need to access the overhead bridge may use an alternative stairway situated on the opposite side," the LTA said.