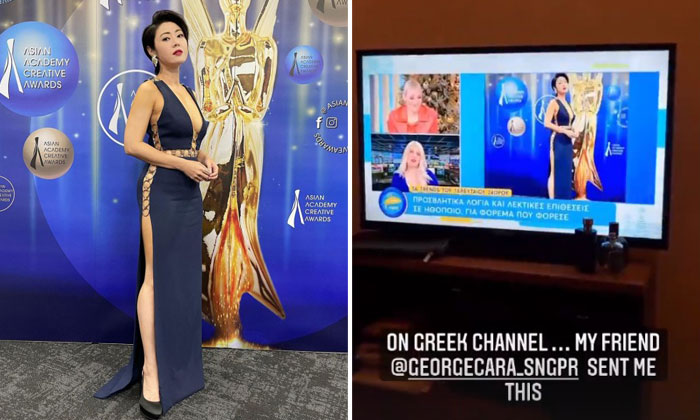 Actress Cynthia Koh was a total knock-out at the recent Asian Academy Creative Awards red carpet where she wore a dark blue Michael Kors dress with cutout details on the front and sides.

It also had a low neckline and thigh-high slits.

The majority of netizens, including fellow celebrities, were floored with how amazing she looked.

However, there were a few who rained on her parade and criticised her for not 'dressing her age' with one even calling the 47-year-old actress a 'grandmother'.

She responded to the haters in an Instagram Story and said: "If your grandmother is as hot and sexy and can carry the outfit well. Please wear it!!

"For 47... losing weight, maintaining this body is a lot of discipline and commitment." 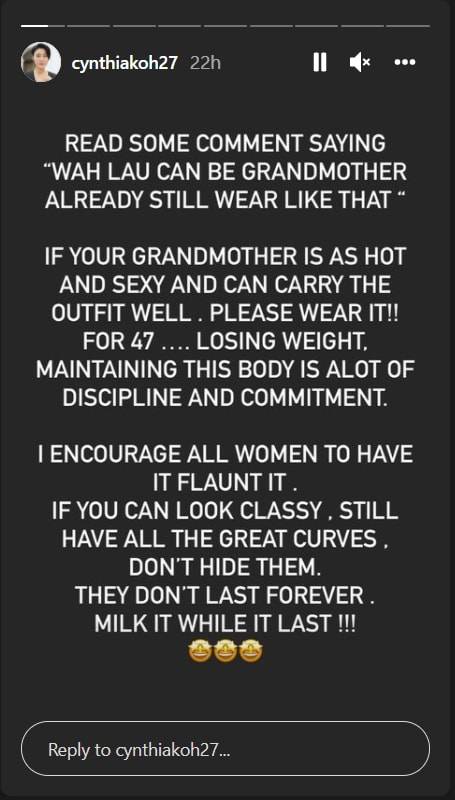 She encouraged all women to flaunt their curves.

She added: "If you can look classy, still have all the great curves, don't hide them. They don't last forever. Milk it while it last[s]!!!"

On Thursday (Dec 9), Cynthia a photo of herself on Greek TV.

It was shared with her by a friend who told her the show was discussing the hate comments Cynthia received about her Michael Kors dress.

The presenters said that she looked great and should not have received such negative comments in the first place. 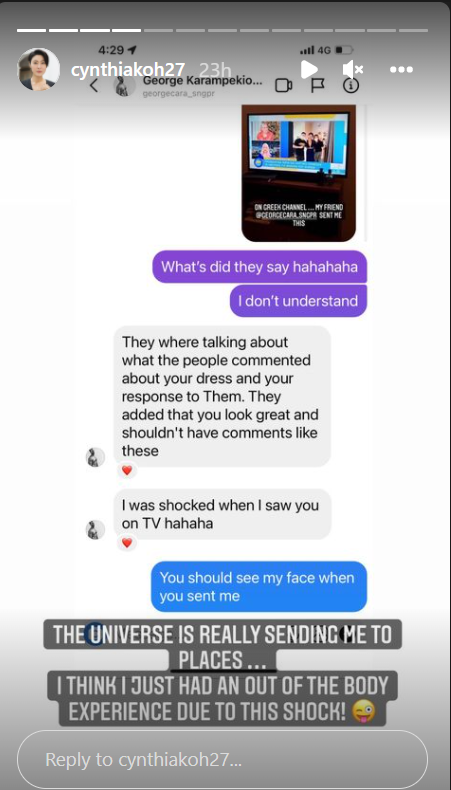 She wrote: "The universe is really sending me to places... I think I just had an out of the body experience due to this shock!"

Related Stories
Video of scantily-clad waitresses was taken in Bangkok, not Singapore
Netizens 'bark' at singer Kimberley Chen after she wore bikini while taking dogs for walk in Taiwan
Photos of Carina Lau in swimsuit win her praise as a 'goddess who never gets old'
More About:
singapore
actress
dress
red carpet
sexy