Cynthia Koh files police report after her Mercedes gets vandalised 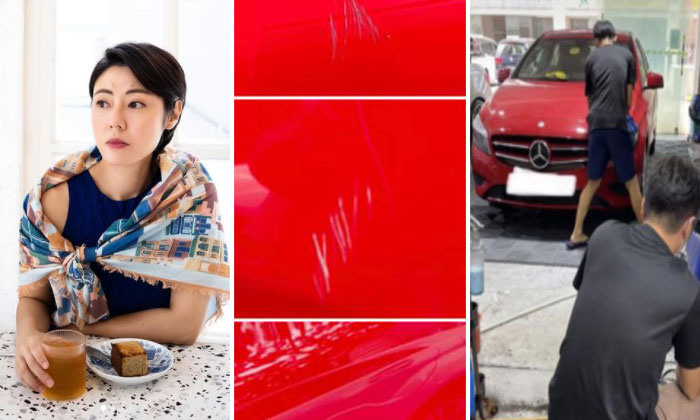 Local actress Cynthia Koh is pursuing the person who vandalised her red Mercedes and punctured a tyre while it was parked at a private estate.

The 48-year-old revealed the incident in a series of Instagram stories on Wednesday (April 6). The posts have since been removed.

Koh said her car was parked at the estate between 2pm and 6pm on Wednesday, and that it was the first time she visited the place.

Her car’s dashcam could not capture the culprit in the act as it only records once the car has been started.

The actress had tried to salvage her flat tyre by driving to the nearest petrol station. Her car was fitted with run-flat tyres, which allow driving over short distances during an emergency. But her attempts to inflate the tyre did not work.

She was later told by a car detailing service that the scratches on her tyre and wheel could not be polished off. 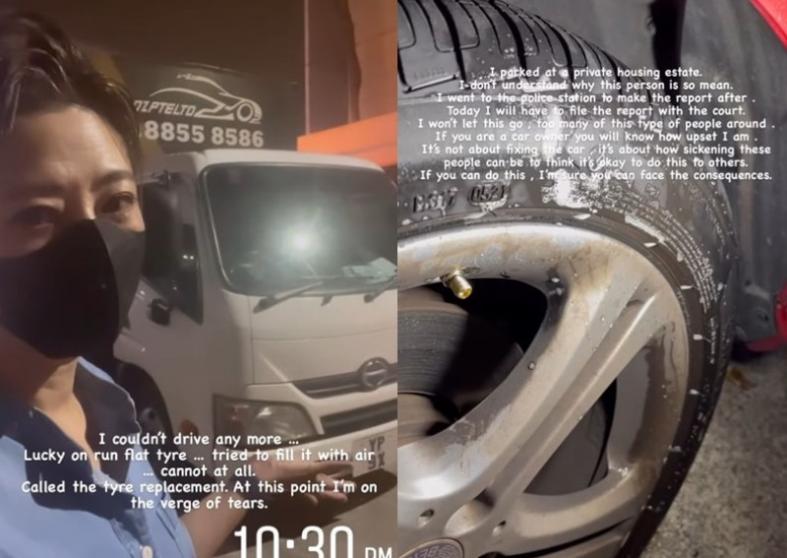 Koh has since made a police report and turned to legal means.

"I won't let this go, too many of this type of people around. If you are a car owner, you will know how upset I am. It's not about fixing the car, it's about how sickening these people can be to think it's okay to do this to others," she said in her Instagram post.

Koh said she has spoken to her lawyer about her next steps.

She said she is withholding the address of where the incident occured to "let the police do their job first".