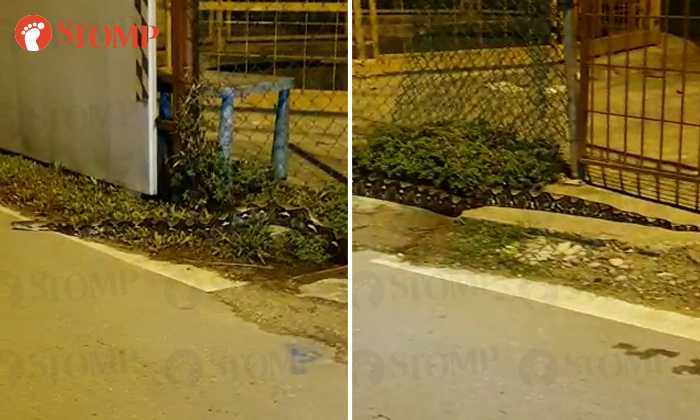 A trio of friends were out cycling when they were greeted by the magnificent sight of a large python in Lim Chu Kang.

Stomper J said her husband, Mr Steven Roy, and two others were cycling along Neo Tiew Road on February 13 when they spotted the reptile at around 1am.

She said: "My husband almost hit it as he was the one cycling closest to the side. It seemed that the snake was about to cross to the other side of the road.

"They watched the snake and waited for awhile. They wanted to let it pass first in case the snake struck them if they tried to ride away.

"The snake might have sensed their presence because instead of crossing the road, it went inside the backyard again.

"My husband, who took a video, said the snake was around seven feet long."

Those who see any wildlife in distress can call Acres' 24-hour wildlife rescue team at 9783 7782 or the National Parks Board (NParks).