Cyclist taken to hospital after accident with car in Yishun: 'I saw blood all over the road' 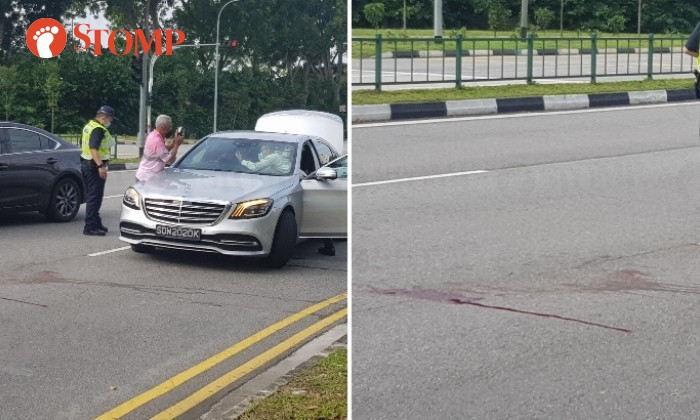 A 57-year-old cyclist was taken to hospital after an accident with a car along Yishun Avenue 1 towards Seletar West Link on Tuesday (Dec 29).

In response to a Stomp query, the police said they were alerted to the accident at 8.34am.

"A 57-year-old male cyclist was conscious when conveyed to Khoo Teck Puat Hospital," the police added.

Stomper Jerome said he was walking along the road when he spotted the accident scene. 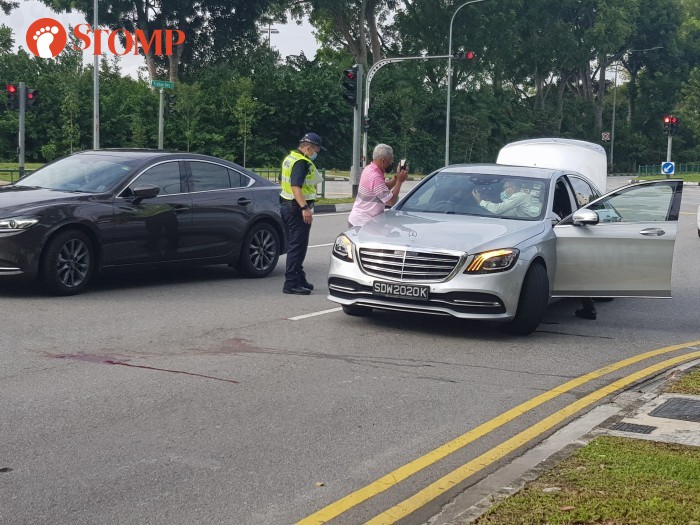 In the photos, a man in a pink shirt can be seen taking photos of a Mercedes car while a man in a white shirt appears to be reaching for something inside the car.

A police officer can also be seen at the scene near the blood-stained ground.

"I saw the accident scene at about 9.30am and I got a shock because it looked bad," Jerome said.

"There was blood all over the road, just in front of the Mercedes. But there was no one lying there when I walked past. So I think the ambulance came and left.

"This road traffic accident actually seems pretty serious as there was so much blood. Plus, there was an accident very near to this spot just a couple of months ago. It's very scary."