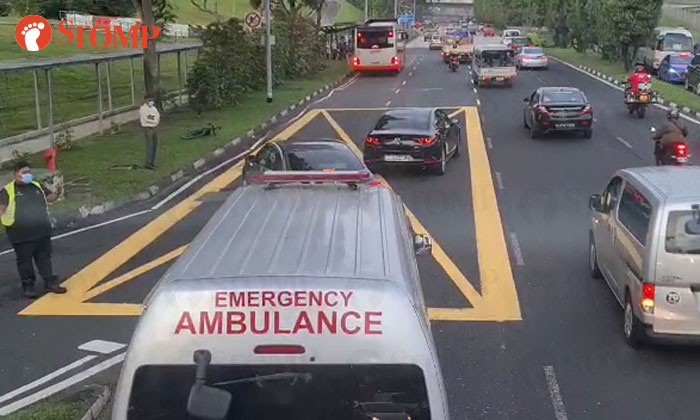 A Stomper alerted Stomp to the incident and shared photos and a video he took when he passed by the scene.

In the video, a stationary black car is seen in the third lane with its hazard lights on.

A bicycle is lying on a grass patch next to the road.

"There was a heavy jam after Marsiling MRT Station towards the Bukit Timah Expressway (BKE) due to the accident," the Stomper said. 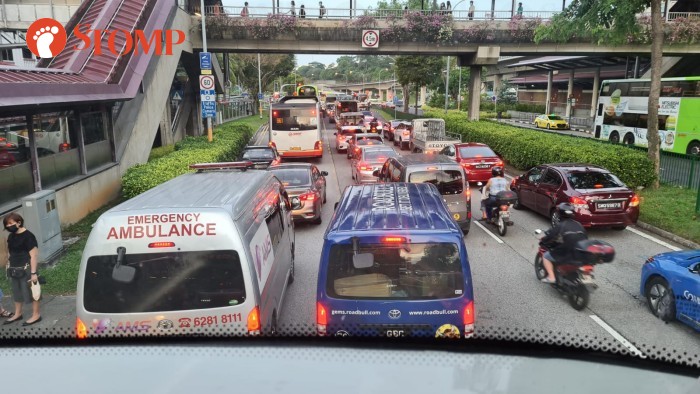 In response to a Stomp query, the police said they were alerted to the accident at 6.48am.