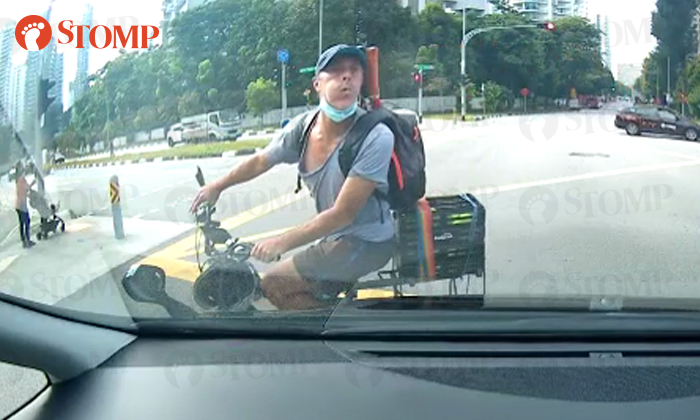 Police are investigating an incident in which a cyclist was caught on camera spitting at a car last Thursday morning (July 8).

Stomper Kelvin, a passenger in the car, shared video footage of the incident that occurred at the junction of River Valley Road and Kim Seng Road at around 9.10am.

Kelvin said: "We met this terrible man while on the way to work who spat on the car windscreen. He was unhappy because our car was slightly on the pedestrian walkway.

"However, that is no reason for his behaviour because other people who walked past have no issues. My driver was just avoiding crossing the red light.

"I cannot imagine that we have such characters in our society.

"The cyclist looked decent, riding a bicycle with a basket of tennis balls behind and carrying tennis rackets. My friend told me that he is a tennis coach. How can a coach behave like this?

"We are in the midst of Covid-19 now, how can he go spit saliva to attack people? I hope he doesn't go round doing this to others." 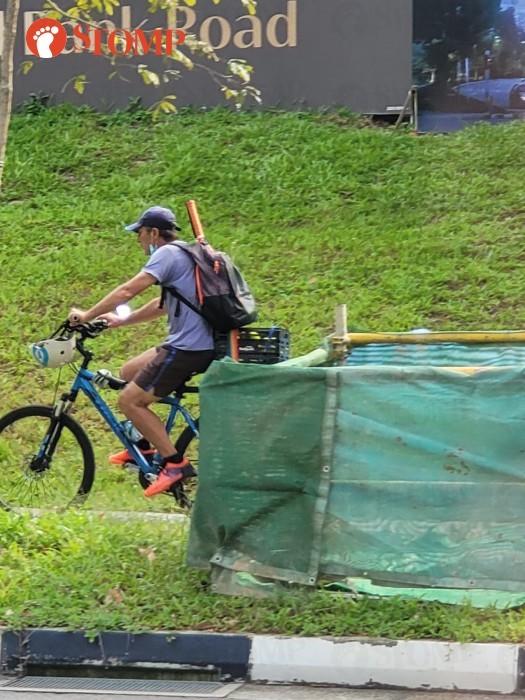 Kelvin subsequently made a police report that same evening.